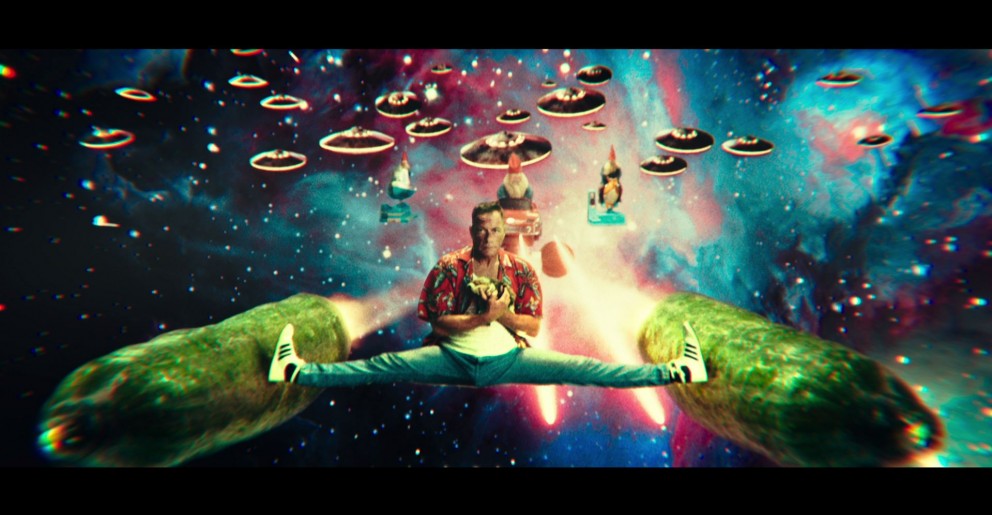 When advertising and PR go hand in hand

Orange Belgium launched its exciting and exclusive offer, Love Duo, in July 2019. The offer, which included unlimited calls and internet, was teased for several months before launching as an all-out attack on cord-cutters.

The pack allowed users to stream, download and game with unlimited internet entertainment at home via Netflix, VRT Nu, YouTube or one of the many other options. With all this at your fingertips, who needs a TV?

Orange Belgium brought LEWIS on board to produce an original campaign idea with the aim to trigger excitement among a target audience and create as much commotion as possible around the launch of the new pack.

Naturally, we focused our attention on a young audience: the digital generation.

In order to draw even more awareness to the offer, LEWIS joined forces with Orange’s leading advertising agency, Publicis.

With ‘freedom of choice’ as the key message of the campaign, we let the audience decide on the final cut of a promotional video via YourOrangeAd.be. Orange Belgium customers became the director of our campaign.

On this platform, the Belgian audience were met by actor Jean-Claude Van Damme, the star of the video, and the power was placed in their hands. Viewers then decided for themselves how the scenario ended.

A total of 17,021 proposals for the final cut were sent in and 1,677 of them were chosen. This led to a unique result for an unpredictable campaign inspired by 1,677 people, something that has never been seen before.

Our strategy to promote this campaign through the Belgian press involved offering the film as a scoop to two leading media, Het Laatste Nieuws and La Dernière Heure.

We gave them an initial scoop in the form of a teaser video. A few weeks later, we were the first to give them the full result: the complete video, and the official announcement of the pack. We then spread the information widely across all media.

The results were impressive.

A very large part of the Belgian media, including the showbiz channels that Orange does not usually reach, picked up the campaign.

La Dernière Heure also got a sneak peek of the campaign video, and the widely read French-language daily newspaper ran a story about it on the same day.

The results prove the importance of a clear and methodical PR strategy when setting up a creative campaign. They also show that it is crucial to have a good relationship with the most important Belgian media and to share information in advance.

In total, we generated more than:

50+ clippings on- and offline

All 1st Tier Media picked up the campaign.

Orange made it to national television: 2 national Belgian channels covered the campaign