Deliveroo: At Home Together

Deliveroo – At Home Together

Bars and restaurants in the Netherlands largely came to a standstill in 2020, resulting in a crucial period for catering entrepreneurs. In difficult times, they were forced to make the best of the situation together. Deliveroo came up with an initiative to join forces with various and sometimes competing, brands and companies from the hospitality and food industry. This led to an industry-wide initiative for all restaurants in the Netherlands:

“Samen Uit, Samen Thuis” – Out together, at home together.

With “Out together, at home together”, Deliveroo called upon Dutch people to continue to “eat out” at home in order to support their favourite local restaurants and somewhat limit the drastic loss of turnover many restaurant owners and franchisees were facing. Safety recommendations by the government, including keeping a distance of 1.5 meters, were respected at all times for both pick-up and contactless meal delivery.

LEWIS developed the concept and message of this fully integrated marketing campaign and executed it from start to finish. The campaign included advertising, out-of-home, social and PR content and a TV commercial.

The advertisements, which were published in national newspapers, called for support of local restaurants using #samenuitsamenthuis. This was followed by an online social campaign that was shared by all parties involved. The campaign was also shown offline in various cities on bus shelters, highlighting various local restaurants in each city. There was also a TV commercial on the Dutch public TV channels.

Reach of advertisement in national dailies 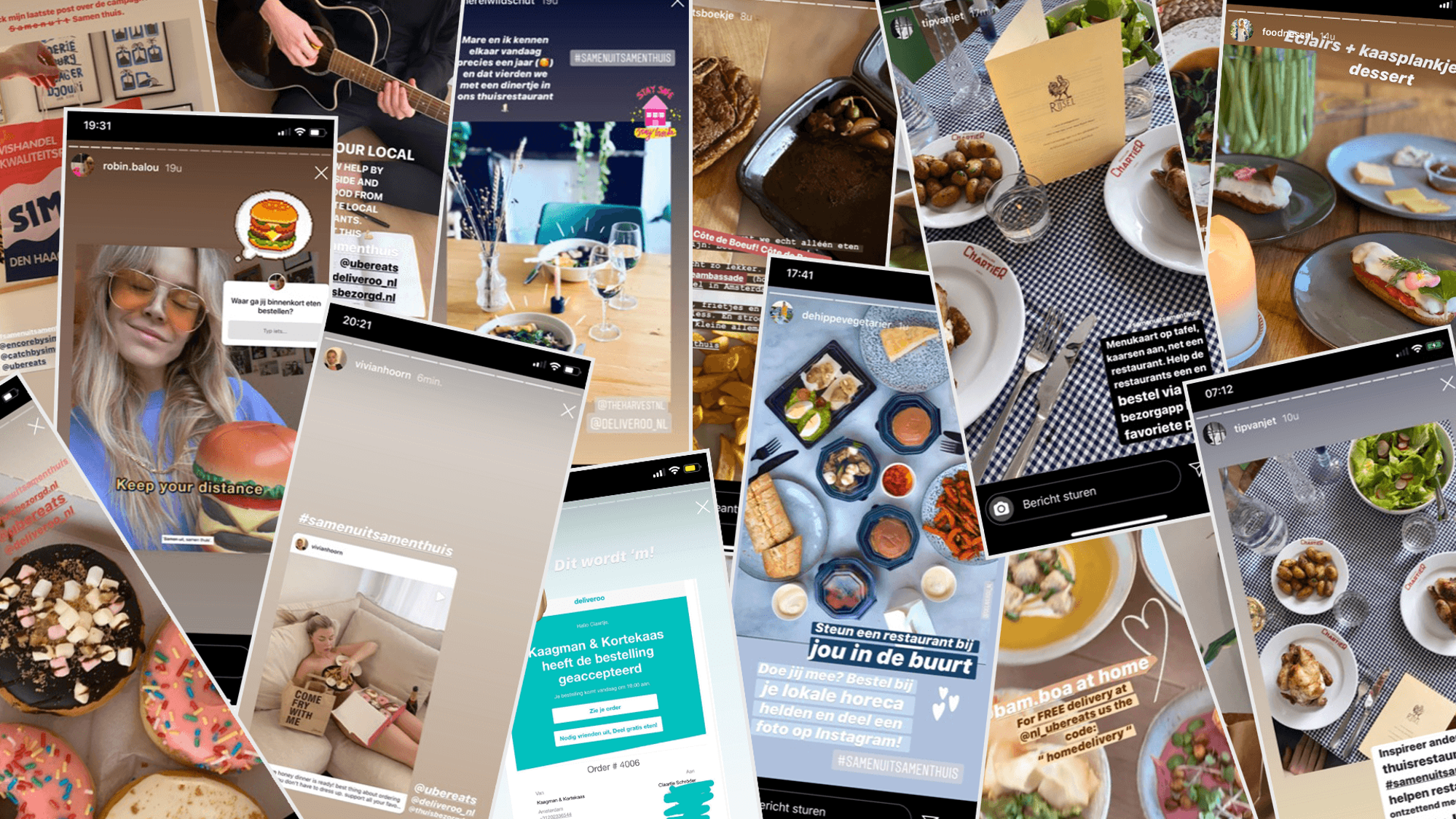 The collaboration with 19 influencers led to 49 posts. 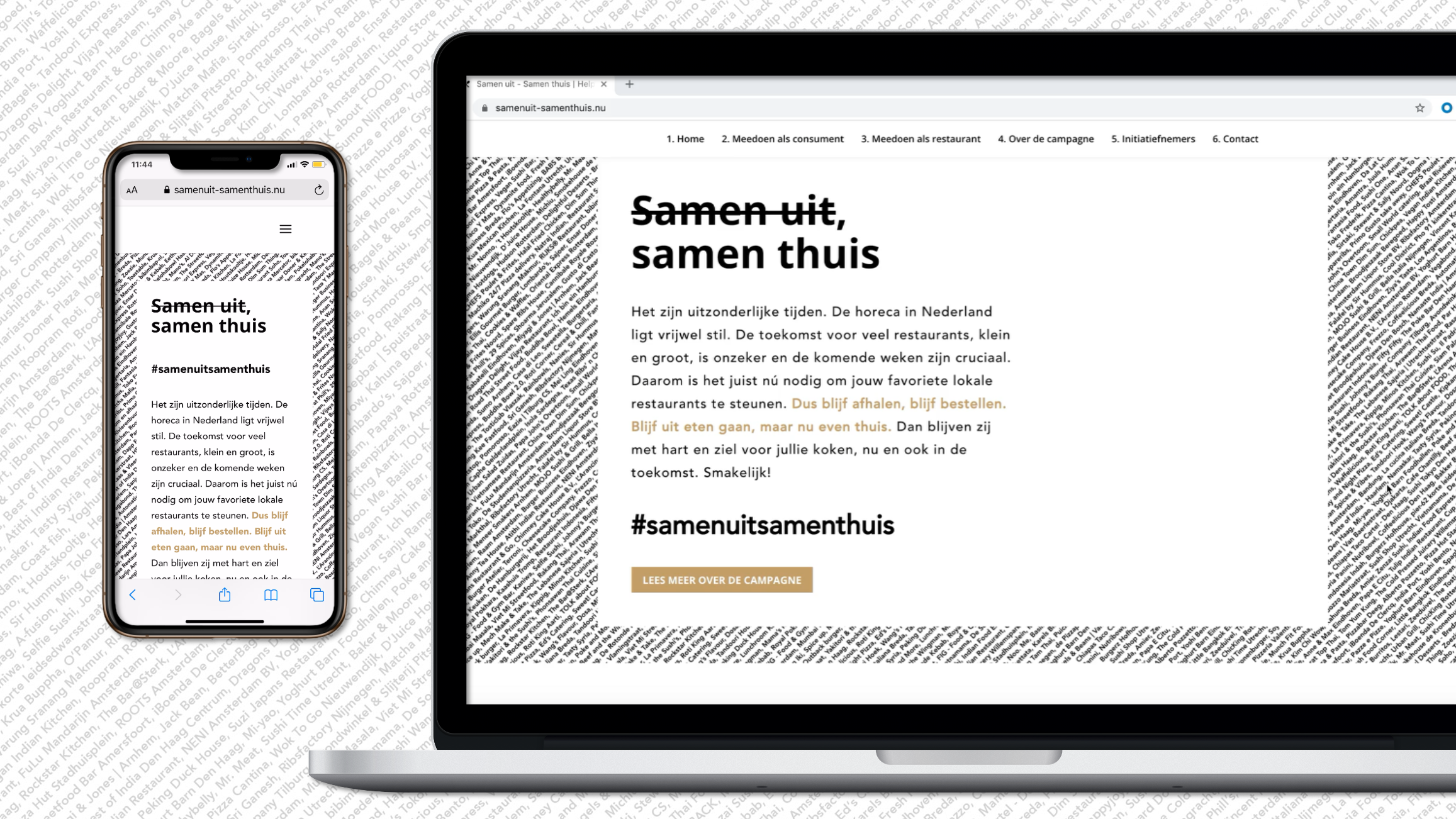