Forescout knew cybersecurity-related issues were becoming more prevalent in M&A deals. Yet, up until that time, there was very limited info about how big of a problem it was becoming. How do cybersecurity threats impact M&A deals? How many deals are impacted each year and what, if anything, are companies looking to do about it? Those were just a few of the questions that Forescout, a leader in the device visibility and control market, was looking to answer when they commissioned a research project with LEWIS.

We created a methodology to get capture views from two groups that would offer unique, contrasting views on the impact cybersecurity issues were having on M&A deals: Senior IT Professionals and Business Leaders involved in their companies’ M&A strategies. While the two groups were asked many of the same questions, advanced survey logic was used to add unique blocks of questions for each group.

Given the obscure target audience and LEWIS’ high standards for data quality, we worked with three different global respondent panels to secure over 2700 respondents from seven different countries. Translating the survey into nine different localized languages, the entire fielding of the survey was finished in under 18 days.

Working with Forescout on layout and design, LEWIS created a long-form report that was used as gated content and for media attainment. The team provided executive summaries for each country as well as an overall executive summary showing comparisons between different geographies and industries. Resulting in over 250 press mentions globally, the report created an opportunity for Forescout to own the story around the number of M&A deals impacted over cybersecurity concerns for the first time. 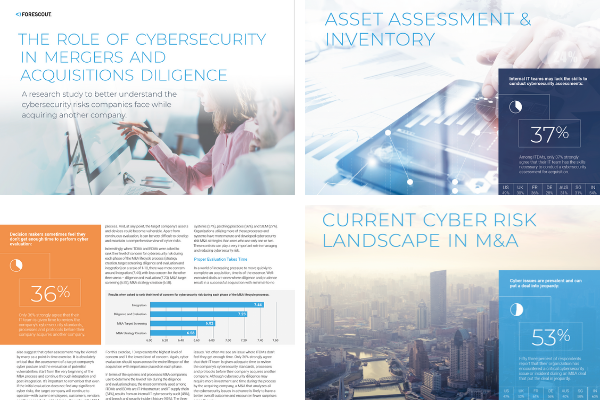