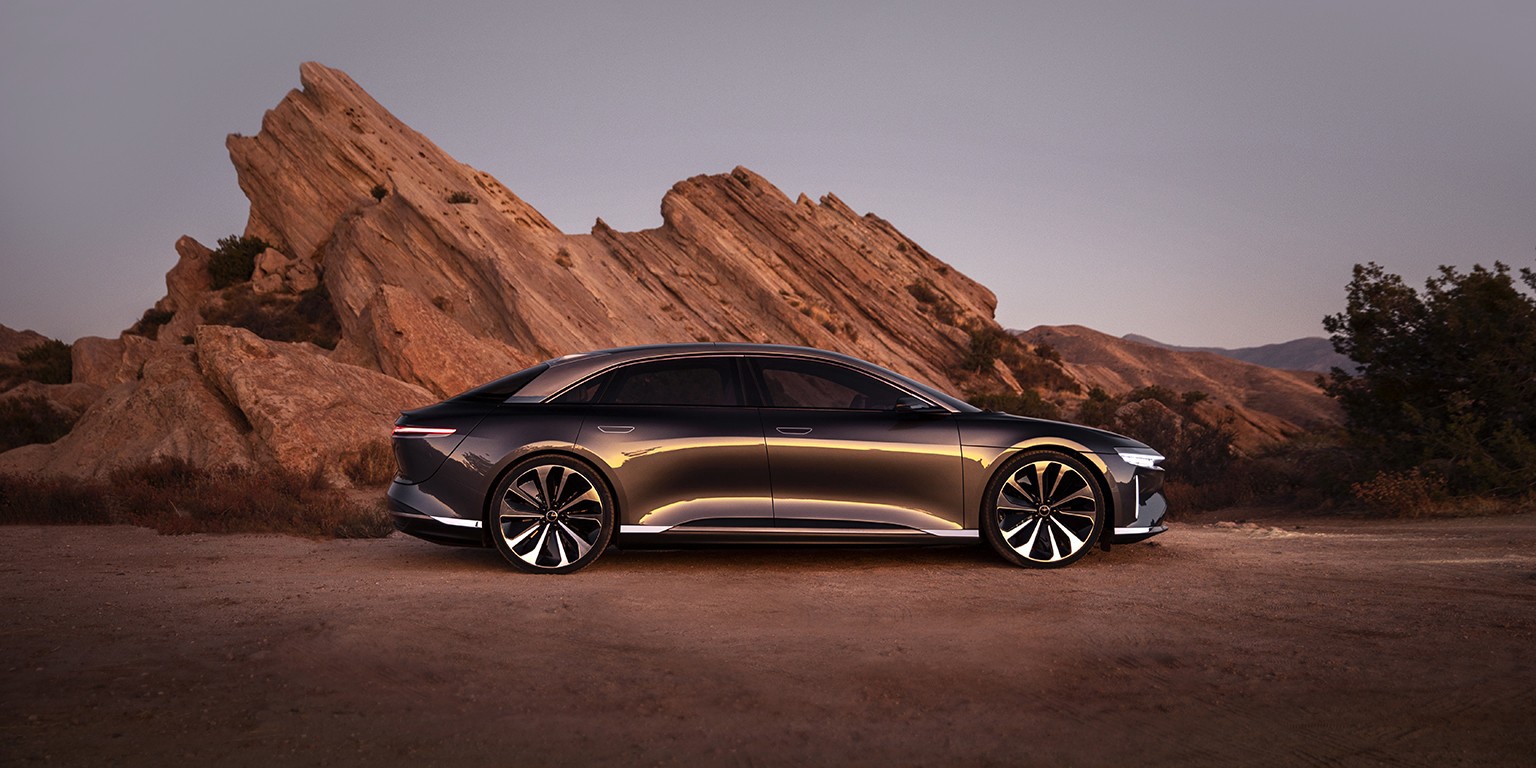 Competing With The Big Dogs

At the time, Lucid was a lesser-known company, only getting traction in the trades and lower-level media. Additionally, the company’s main competitor is one of the most talked-about, and high-profile companies in the world, Tesla. To break through the noise, Lucid would not only have to establish itself as a brand but establish itself as a true challenger to one of the most notable companies making waves.

Lucid’s approach was to focus their media efforts on their product. However, our team of former TV insiders knew that the people behind the product are the “broadcast secret sauce.” For example, would Tesla have such widespread notoriety if Elon wasn’t behind it all? A person can symbolize a product, symbolize a journey and embody a narrative.

To engage a wide array of leading broadcasts, we rolled out a strategy with a series of angles focused on Lucid’s CEO to tell the “David versus Goliath” story.

Key elements included spotlighting Peter Rawlinson’s background and building his credentials as the former mastermind behind the Tesla “Model S.” With the eye-catching subject line, “Former VP of Tesla & Mastermind Behind the Model S – Releases Major Announcement,” we seeded a pitch narrative focused on Rawlinson’s noteworthy background and the ties to the biggest Goliath in the EV industry, offering the Lucid CEO to talk about his time working alongside Elon Musk.

Through this strategy, the “David versus Goliath” story began to take shape. Producers at CNBC, CNN, FOX Business, Cheddar and ABC network affiliates were eager to have Rawlinson on their program. Suddenly, Lucid became the company positioned to turn the EV world upside down and take on the biggest name in the industry. On-air results revolutionized Lucid’s brand and notoriety and created the initially requested buzz for the Lucid Air.