Misery. The media love it.

Every gap in programming, every lull in the unremitting bombardment of bad news, seems to be automatically filled with run-of-the-mill sadness. The BBC News channel leads its weekday schedule with the Victoria Derbyshire programme, which gives hours of airtime to everyday misery under the guise of ‘current events’. The whimsy of the ‘now for something completely different’ slot at the end of the news has long been left by the wayside. The daily papers are a scroll of anguish, pumping out reams of ill-fortune into the world, reminding you and I that life is short, painful, unremitting and unsafe.

The horror is that we don’t rebel. Some of us hungrily absorb the misery with morbid fascination; others of us force ourselves to watch in the misguided belief that it makes us better, more well-informed citizens. We’ve been raised to believe that good news is no news, that only the bad is worth our attention, and we back that belief up with the content we pay for and the news that we stream. We affirm the machine in its Eeyore impression. Day in, day out, we’re drenched in other people’s darkness, and it makes our own worlds a little bit worse.

The temptation is for B2B brands to follow suit. When everyone around you is barking like a dog, it’s hard not to join in. It’s easy to feel as though the best approach is to point out the holes in your market – to identify the problems, the difficulties, the inefficiencies and the approaching disasters. To predict doom and then – miraculously – position your company as the white knight with the magic bullet.

But there’s value in breaking the mould. Rather than relying on anxiety to make your point, it can benefit your brand to focus on positivity. The great tech success stories of the 21st century – Apple, Microsoft, Facebook, Amazon – didn’t and don’t build their brands by tearing down their targets’ sense of security and then inserting themselves into the resultant gap. They sell dreams: better visions of the future, with their customers as the protagonists in an easier, smoother reality. The same is true for their enterprise wings – Azure and AWS have made an art form out of selling possibility, the ability to master your IT with a wave of the public cloud wand.

How are your customers using your technology to achieve great things? How is your innovation changing the world? Whose day is better because your company exists? These stories can also be told. Rather than convincing people that they need you to help them right their boat – the ‘make your company great again’ approach – encourage them to think how they could turn their dinghy into a superyacht. ‘Make your company even greater.’

We’re living through the greatest age of human invention in the history of the world, the apex of science, healthcare, worldwide wealth, life expectancy and information. But it’s always in the nature of humans to want more. B2B brands can harness that in one of two ways: prey on the fear of loss, or appeal to the desire to improve. Taking an ethical approach to that decision doesn’t have to be contradictory to business sense. You can make the case for your company without adding to the tide of anxiety, and bring your audience with you. 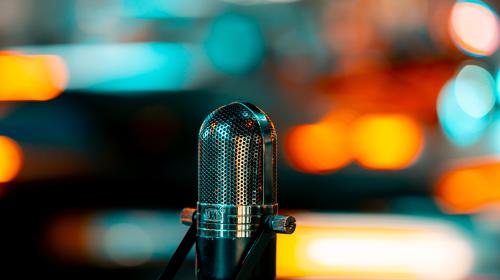 How to Launch a Podcast for B2B