BOWEL CANCER UK: HOW FUNDS RAISED ARE HELPING THE COMMUNITY

The launch of the fourth annual Suzy Spirit Award is just around the corner, with nominations opening in early October. The award, which recognises the unsung heroes of the comms industry, was launched in honour of Suzy Ferguson – who lost her battle to bowel cancer in 2012.

Bowel Cancer UK is the official charity for the award. The charity aims to save lives and improve the quality of life for all those affected by bowel cancer. The team’s work is essential as early diagnosis is one of the key challenges of the disease. The Suzy Award’s donation goes directly towards funding the vital work the charity does – particularly in regards to outreach and awareness. LEWIS also fundraises for the charity throughout the year with smaller events, and provides pro bono PR services.

Below, Reema Huzair, Senior Health Promotion Officer at Bowel Cancer UK, outlines some of the main health promotion projects that have benefitted from the donation over the last eight months. Reema has been building relationships with CCGs and public health teams across England to deliver awareness training to help boost screening uptake. She’s a superb trainer and her expertise in health inequalities and BME groups ensures that the training is relevant and targeted to groups that need more information about screening and bowel cancer symptoms.

The charity is able to carry out its much-needed health promotion work, as a result of steady donations from generous organisations such as LEWIS.

Screenings to Save Lives in Cambridgeshire

This project is due to roll out in September 2016. The project, led by Reema, is a collaboration between Bowel Cancer UK, Cancer Research UK and Jo’s Cervical Cancer Trust . The project has evolved to include bowel health training for Peterborough, and cervical cancer for Peterborough and Cambridge, in response to current screening uptake figures. It will also include breast and lung cancer screening, in response to both current and anticipated cancer incidence in Cambridgeshire.

Over two days, representatives from the charities will train various Public Health and NHS staff. The communities that will primarily benefit from this project are Lithuanian, Romanian, Pakistani and Polish communities. However, the interventions are created as such that they will be helpful when applied to any migrant community, or those experiencing deprivation.

The aim is to increase screening uptake for bowel cancer from 30% (for some districts) to the target of 80%.

Health and Wellbeing for All in Tower Hamlets

In May, Reema and one of the Bowel Cancer UK volunteers attended a community health and wellbeing event in Tower Hamlets, held by The Mission practice.

The aim was to provide health information to all, particularly the South Asian community. In bowel health awareness work, this group is known for being a hard to reach. This is for a number of reasons, including religious and cultural values, as well as language and educational issues. The charity often targets younger members of the family so that they can pass on potentially life-saving information to their older, non-English speaking relatives.

During the event, a series of short talks were provided to small groups of event attendees. The groups engaged well with the subject matter, and raised a number of valuable questions.

Similar to the Tower Hamlets event, Bowel Cancer UK attended a health and wellbeing event for the mental health service users of Family Mosaic . The event, held in a local community centre, was available to Family Mosaic service users and their support workers. Attendees typically had a severe and enduring diagnosis of mental illness, including schizophrenia, depression, personality disorder, bipolar disorder, or a combination of these diagnoses.

A short awareness talk was delivered by Reema, a former mental health worker, as well as setting up an information stand. Living with symptoms of severe mental illness can impair a person’s ability to process health advice. Education is not often completed, due to the difficulties and trauma that are associated with the origins of some mental ill-health conditions. Research continues to suggest that those with a lower level of education are more likely to develop cancer. The combination of these factors means people with mental health issues are at increased risk of physical ill health including bowel cancer.

Free ‘easy-read’ versions of Bowel Cancer UK publications were provided, as well as the usual set of booklets, posters and leaflets. Those who were of screening age found the bowel screening kit demonstration helpful, and had not heard much about the programme before.

The Education and Information team will continue to work with mental health organisations to raise awareness of bowel cancer.

Pop Up Shop in Finsbury Park

Over the Bowel Cancer Awareness Month period, a number of interesting and unusual events took place involving Bowel Cancer UK, such as a bowel cancer pop up shop in Finsbury Park, in conjunction with Community Health Ambassadors and local Health Trainer services. A glass fronted shop space was provided by Finsbury Trust, and was brightly decorated with Bowel Cancer UK banners and merchandise.

The four-hour event targeted the hard-to-reach BME and deprived communities of Hackney and Islington. Free health checks were offered in-store by health trainers, and served as an incentive for people to engage with the service. Bowel Cancer UK volunteers, as well as Reema, were available to answer questions, provide screening kit demonstrations and provide free resources. An Awareness Talk was provided by Bowel Cancer UK, staff and volunteers in a separate training room at the back of the shop.

A series of Awareness Talks are currently being planned for the deaf community via Royal Association for Deaf people. Reema provided an Awareness Talk in Colchester, at an associated project called Deaf Achieve. The group meet on a regular basis, and health information is always high on the agenda. The deaf community are at increased risk of physical ill health, due to the low provision of easily understood health information.

Multiple British Sign Language interpreters were provided for the event, to ensure that a fully interactive session could take place.

Health promotion work continues to evolve and grow, and all avenues for raising awareness are being explored. A team of Pharmacists and a team of Public Health officers are currently planning their staff training with the Bowel Cancer UK Education and Information team. Further training for learning disability staff in bowel health issues has also been requested. The team of volunteers is growing, with the second intake for 2016 due in October – allowing Bowel Cancer UK to continue to deliver life-saving work.

How Can You Help?

Check out Bowel Cancer UK’s website for how you can help the cause. You can also sponsor Team LEWIS members who are running a marathon to raise money for Bowel Cancer UK, or nominate a colleague for the 2017 Suzy Spirit Award. 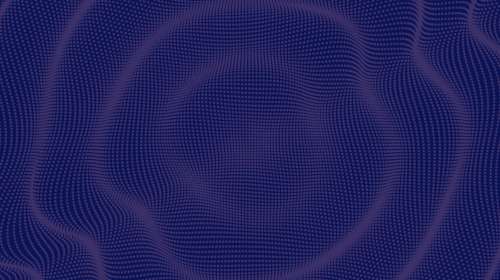