EMPATHY AND SOCIETAL PURPOSE: THE ESP THAT BUSINESSES MUST FINELY TUNE TO BUILD TRUST

It’s not surprising we have trust issues.

Low trust in big business isn’t new, but throw in recent issues such as those surrounding working conditions (Sports Direct, uber) and asset stripping (BHS) and some of our most prominent companies and businesspeople are cast in a light that’s not exactly helpful for rectifying the situation.

Add the post-truth phenomenon into the mix, with people waking up to the fact that they have tended to exist in their own bubbles and it’s no wonder there’s increasing confusion about who and what to believe.

But for businesses, trust is a vital driver of growth. That’s because trust leads to stronger reputation and a stronger reputation in turn leads to the likes of loyalty, propensity to buy and recommend, and freedom from regulation. These factors help lead to differentiation, growth and ultimately increased shareholder value.

For businesses, trust is a vital driver of growth.

So how can businesses win trust? The answer lies in having a finely tuned ESP. From the perspective of reputation, this means having clarity on how you need to be perceived – and by whom – to ensure commercial growth. There are many ways to break this down, but I believe most relevant now is the need for empathy and societal purpose… that’s the ESP in question.

Display empathy effectively and you can humanise your brand and demonstrate the values you share with the audiences that matter to your business. Consider if your corporate narrative speaks to this, as empathy should shine through in day to day communications with customers, employees, stakeholders and others. There are certain times, though, when empathy can come into sharp focus:

When reacting to the world around you
Take the response from tech companies to Donald Trump’s travel ban. More than 100 of these organisations came together to argue against the proposed ban on refugees and travel from the seven nations singled out by the new administration. Airbnb went a step further and said it would offer free temporary accommodation to those affected and in limbo.

When eyes are on you specifically
Thomas Cook came under fire for its lack of sensitivity following the tragic deaths of two young children, Christi and Bobby Shephard. They died following a carbon monoxide leak while on holiday in Corfu in 2006. In the subsequent legal hearing, which only took place a couple of years ago, the company was accused of making half-apologies and not communicating with the family. In short, Thomas Cook didn’t put reputation or empathy at the heart of its response and this resulted in a backlash.

In today’s world, you aren’t necessarily going to get a pat on the back for doing the right thing. It’s a hygiene factor. For example, menu or recipe re-formulation to meet with new nutrition expectations is a given – it’s less about promoting reputation and more about protecting it and so trying to ward off being called out on the front page of the Daily Mail. This means a business must go above and beyond and secure trust via key audiences understanding its societal purpose. Clearly this is something that needs to be thought through to ensure the right impact, but there are different approaches to achieving this:

Securing goodwill in the bank
Just one example… Facebook, having taken reputational hits from issues such as data privacy, last year launched the SheMeansBusiness campaign to encourage more women to start a business. Research it commissioned showed the potential for the UK economy if barriers were removed and if this came about. In response, Facebook celebrated success stories and provided resources for aspiring female entrepreneurs.

Aiming for cash in the bank
Many years ago (more than I care to remember), I was fortunate enough to work on a campaign for The Halifax that aimed to increase the number of mortgages arranged for first time buyers. Research identified the factors holding potential FTBs back and The Halifax responded to this with changes to the way they did business – so for example with staff training and new arrangements with credit checking agencies. They took a leadership position and a campaigning stance on the issue. This coined the term Generation Rent and saw 17% more potential FTBs come through the doors of The Halifax in the months following the campaign launch.

Banking on change
Philips Lighting is a good example of a company that has used technology to evolve its core proposition for the greater good. It now makes what it describes as ‘ground-breaking LEDs’ to allow crops to be grown indoors, using multiple layers to maximise production.

Now, don’t get me wrong… evolving a business model in the manner of Philips Lighting to bolster reputation isn’t easy. But where the communications team can make a difference is campaigning with societal purpose in mind.

So to sum it all up, the advice is to demonstrate societal purpose and communicate with empathy. Get this right and companies should be on the right path to securing the trust required to aid growth.

THIS WEEK IN SOCIAL: THE SHAZAM OF EVERYTHING 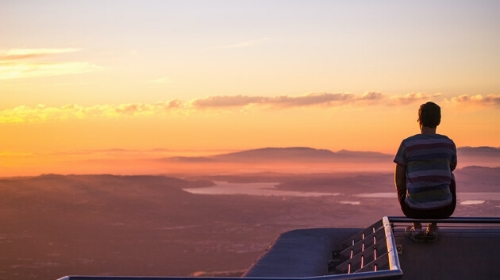 Why Your Brand Needs a Content Audit, Especially in a Crisis 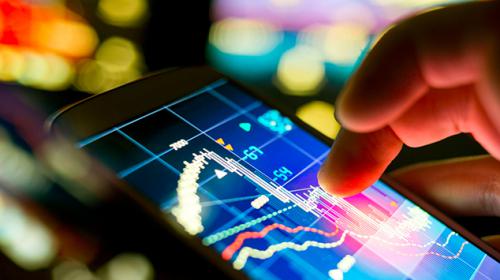