IS THERE A UNIVERSAL LANGUAGE OF IMAGES?

Our world is becoming increasingly visual.

Communication campaigns, both B2B and B2C, cannot compete without visual content. In fact, 2/3 of the marketing decision makers interviewed by LEWIS planned to increase their visual content spend in 2016.

After all, the message is only half of the key to a campaign’s success. The other half comes from the format. And with shorter attention spans and smartphones becoming the new newspapers, communications are now appropriately shorter and more visual.

For global companies managing multicultural campaigns spread across several markets it is obvious that the message needs to be adapted for each market – in order to be compelling the content needs to focus on local issues. But does it work the same when it comes to the images? Or do images have a universal language of their own, which works across borders, geographies and cultures?

From my experience of working in international communications, images seem to be much more of a universal medium than text. That is good news for marketers, who can work more efficiently by using visuals across multiple markets. The factors which make an image memorable and in turn effective tend to be more or less the same, regardless of the cultural connotations.

However, cultural symbolism is where marketers and designers need to pay extra attention.

Certain colours, numbers and signs have different meanings in different parts of the world and a vigilant communications expert needs to be aware of it.

For example, the hand gesture known to Americans as ‘OK’, to some Europeans will mean ‘zero’. In Buddhism and Hinduism, it symbolises teaching and reason. Still, be especially careful with this one – in several Mediterranean and South American countries, the sign is a symbol for a very private body part.

Colour can also be interpreted differently in different cultures. In the western world the colour red is usually linked with energy, aggression and power, while in Japan red is associated with happiness. In China, red is the color of blood or life and will bring happiness, wealth, fame, and good luck.

Numbers can have more meaning to them than you may think. In the western world we usually associate 7 with good luck and 13 with misfortune. But there is more to it. Stay away from number 4 or even items grouped in fours in communications aimed at East or Southeast Asian audience. This harmless in other parts of the world number, can be pronounced in the same way as the words for ‘death’. This gives it a grim connotation and the number is generally avoided whenever and wherever possible, as a means of precaution. In China and other place in Asia, elevators will often skip the 4th floor or any floor whose number contains the digit “4”.

In many Western countries dogs represent loyalty, friendship and cuteness. In most parts of the Malay Archipelago (mainly Malaysia, Singapore, Brunei Darussalam and Indonesia) dogs in general are considered taboo, filthy and unclean and it’s better to avoid including their representation.

Understanding in which scenarios your visuals will be used, and consequently how they are going to be perceived can also make or break your campaign. Communications specialists shouldn’t forget that their content won’t be viewed in isolation and context might alter the desired meaning.

In short, visuals present a great opportunity for marketers to tell a compelling story across markets – still, they need to be aware of visual symbolism and make sure the messages themselves are adapted to the local specifics. Involvement of a local team, who can provide cultural insights and make sure that the final result does not stray from the intended outcome, is invaluable. 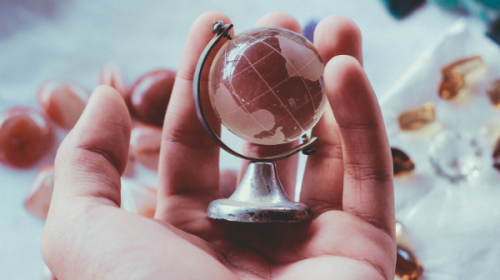