LEWIS’ Australian office, based in Sydney, was established 10 years ago this month. Not only was the office the first for LEWIS in Australia, it was also the first in the Asia Pacific region.

Today, we’ve expanded our APAC footprint into Singapore, Hong Kong and India, built a team of outstanding PR professionals and attracted a client-base comprising some of the most well-known brands in the world, such as Audi, Groupon, Oracle, RIM to name a few.

As is often the case with birthday milestones, we find ourselves looking back at the last ten years and wondering where all that time went! We also find ourselves pondering the enormous changes that have occurred in the PR and communications business.

Ten years ago, Google was barely a blip on the radar. There was no Facebook, no Youtube and no Twitter. The term ‘social media’ did not exist. The rapid digitization of our industry and the drive towards social media is a game changer for PR everywhere. In order to be successful today, you need skills that ten years ago we could never have imagined we’d need, such as analytics, SEO, application and web development, content management, digital publishing, video production and many others.

These skills are increasingly being applied to create and manage owned media channels on behalf of brands. Companies are beginning to realize that digital media, and the consumer appetite for online interaction, provides them with a low cost of entry to convey their message directly to an audience. In short, brands are becoming media companies. They’re producing content and trying to attract an audience to that content. The problem brands face is that they’re not media companies.

They might be manufacturers, retailers, professional service providers, or software companies. As such, they don’t have the sort of skills that typically characterize successful media companies. This is where we increasingly see our role in the digital PR world; helping brands to create and manage their own media channels, in addition to building audiences for those channels. It’s a far cry from force-feeding press releases into fax machines, boozy journo lunches and mass media mail-outs of days gone by!

The past decade has been one of unprecedented change for our industry, and that makes it very exciting to be a part of. I have a feeling however, that the past decade is going to have nothing on the next. Here’s to another successful ten years for LEWIS Sydney! 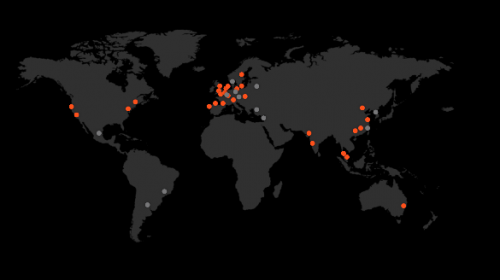