THE DIFFERENCES BETWEEN VR AND AR

Following on from my recent posts about ‘How Big will Virtual Reality be in the PR World’ and ‘How to Create Stories for Virtual Reality’, I wanted to continue the VR post series by busting some jargon. There are several versions of ‘Reality’ out there and it can be easy to get them mixed up. So what exactly are all the different immersive experiences available and how can they be used in different ways?

Before we talk about the two big ‘Realities’ I want to first mention 360 video.

Many people consider this Virtual Reality but it could be argued that it’s just the first step on the way to VR. An example of 360 video is when someone has recorded a basketball game with a special 360 camera which is placed on the front row of the crowd.

You, as the viewer, can then look left and right or up and down while you’re watching the basketball game and it should feel as if you are sitting in the front row yourself. It can be extremely immersive when viewed with a VR headset but it’s not limited to that. You can watch 360 videos on your smartphone or just on a web browser in YouTube or Facebook. It’s just not quite as immersive.

The key point with 360 video compared to fully interactive VR is that you are fixed on the spot and are just a passive viewer. You can turn your head to watch pre-determined action but you can’t interact with it. If you use a VR headset to view it then it is indeed the first rung in VR, but true VR has more to offer.

What is Virtual Reality?

The next step up to full VR is when you wear a VR headset (see below for a list of devices) and you are given the chance to interact somehow with your environment, not just look around. More often that not the environment will be computer generated.

For example, you might be in a game environment where a first person shooter feels even more realistic, or perhaps it’s a virtual rollercoaster which takes you up into space doing twists and turns that would be impossible in real life. Sometimes you will have hands appearing in front of you which you can control using special controllers, or even better fully functional hands by using haptic gloves that give you force feedback to accurately grip objects. Other times, with certain setups, you will be able to physically walk around the virtual environment adding a huge sense of immersion to the experience.

The bottom line is that there are many different kinds of experiences available right now, depending on the device and platform that you choose, before we even get to whether the content contains good or bad stories. So not every VR experience is the same. Far from it. But the general ethos of VR is that you are fully immersed, by means of a headset, in an artificial environment that you can interact with. You are taken out of your current environment and put into a different one.

What is Augmented Reality?

AR can at first glance seem very similar to VR to some people. With AR you do often wear some kind of a headset and you do often get graphics appearing in front of you that are not there in reality.

There are three key points that make AR different from VR:

1. AR headsets are not as cumbersome as VR headsets as they don’t have to fully immerse you away from the real world. But headsets aren’t even always required. You can use smartphones or tablets to give you a window into an AR experience.

2. AR is essentially a graphical overlay over the existing real world. It’s an enhancement, an augmentation. The real world is always present.

3. With AR you are still fully in touch with other human beings around, so it is much more social. With VR you are completely isolated from your current real life environment.

Both VR and AR can seem very similar but their uses may become extremely different. Both can be used for gaming in different ways but AR may be used much more for enhancing people’s lives with tactile menu systems and annotated data enhancements, whereas VR will be used more for participating in events that you can’t attend in person and escaping from the real world by exploring virtual spaces (either real, such as by architects and estate agents, or for fantastical escape to worlds that couldn’t exist).

It’s fascinating to see where these two technologies are going to go in the next few years.

Below is a very quick overview of some of the popular devices for VR and AR. There are many more but these are the ones making headlines.

Google Cardboard
This is the entry level method for a lot of people. Headsets literally made from cardboard that allow you to slide your smartphone in front of the small lenses. Very cheap and easy to setup using the Google Cardboard software that allows you to watch 360 videos or CGI VR environments. One downside of using a smartphone is the slightly narrower field of view of the image, instead of a more immersive field of view that other headsets can offer.

Samsung Gear VR
A slightly more expensive device but again using a smartphone as the engine. It’s a nice mid-range entry point for people who want more comfort and better performance than the Cardboard. It is, however, limited to only Samsung smartphones.

Oculus Rift
Considered by many to be the best VR device currently. Purchased by Facebook and with people like gaming legend John Carmack on its staff, it certainly caught a lot of headlines. What sets devices like this apart from the cheaper methods is the level of immersion and lack of lag (when the image struggles to keep up with the user’s head movement). The main downside is that it is currently very expensive and quite hard to get hold of.

HTC Vive
Many would say the HTC Vive has caught up with or even surpassed the Oculus. The key differentiator for the Vive is that you can set it up to allow you to walk around your environment. This is obviously limited by the space you have and the software available but it still offers something more immersive than what the Oculus Rift can offer. Again very expensive.

Smartphone / Tablet
Most smartphone devices have the potential to become an AR device by merely downloading an app and then holding the device up like a window into a layer of information on top of your world. Headsets are not required as it does not have to be as immersive as VR.

Google Glass
Google Glass was a brave first attempt at a mainstream wearable AR device by Google. Looking very much like a slightly hi-tech pair of glasses, this headset displayed what looked like a 25” screen about 8 feet away from your head that you could use to display information about your environment or view photos and videos captured using the device. It was discontinued but in Dec 2015 Google filed an application for a new version of the device.

Microsoft HoloLens
There has been a lot of interest in the Microsoft HoloLens since its first real demonstration a few months ago. At the time of writing it is only available for developers. The HoloLens is more of an industrial/educational/gaming device rather than a wearable that people would leave the house wearing every day. It can offer things such as displaying useful information, annotations and 3D diagrams for people who are fixing a car or performing a medical operation for example. It adds a layer of information to enhance an experience in context, without having to look away at a screen.

Magic Leap
The buzz in Silicon Valley right now is about a company called Magic Leap who have been busy working away on a device for several years now and only showing it under strict NDA to key potential investors. These people have snapped up the chance to invest and the company is already worth nearly $5 billion before it has even launched a product.

It is rumoured to be a lightweight wearable device that projects directly onto your retina, giving a very high resolution image with no lag. Imagine an auditorium full of students all experiencing the same virtual animation of an animal walking into their lecture theatre at the same time. They’re being very secretive but I’m looking forward to hearing more about this device later this year.

We’re still in the early stages of products being launched and price points slowly coming down. VR and AR won’t take off in a big way until it is accessible to everyone at a low cost and simple to use, but we are well on the way there.

In next week’s post we will be looking at some examples of Virtual Reality in use and showcasing the best projects that you can experience for inspiration. 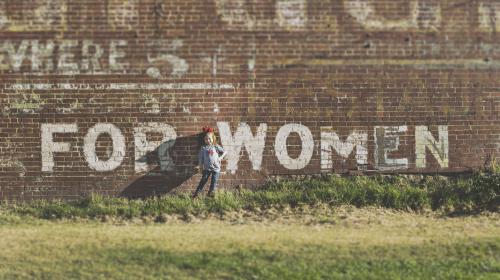 THE FIRST THINGS YOU SHOULD WATCH IN VR