Study: The Impact of COVID-19 on Facebook Advertising Spend

The demand for paid advertising on Facebook is decreasing as brands react to the uncertain economic situation. This is further revealed by new leading data from social media analytics and artificial intelligence platforms, Socialbakers. The platform, dedicated to supporting the needs of marketers, recently examined the likely impact of COVID-19 on brand’s Facebook ad spend, CPC (cost per click) and engagement in the first quarter.

Overall, the study found that paid advertising is going down as well as cost per click, while organic content is going up. 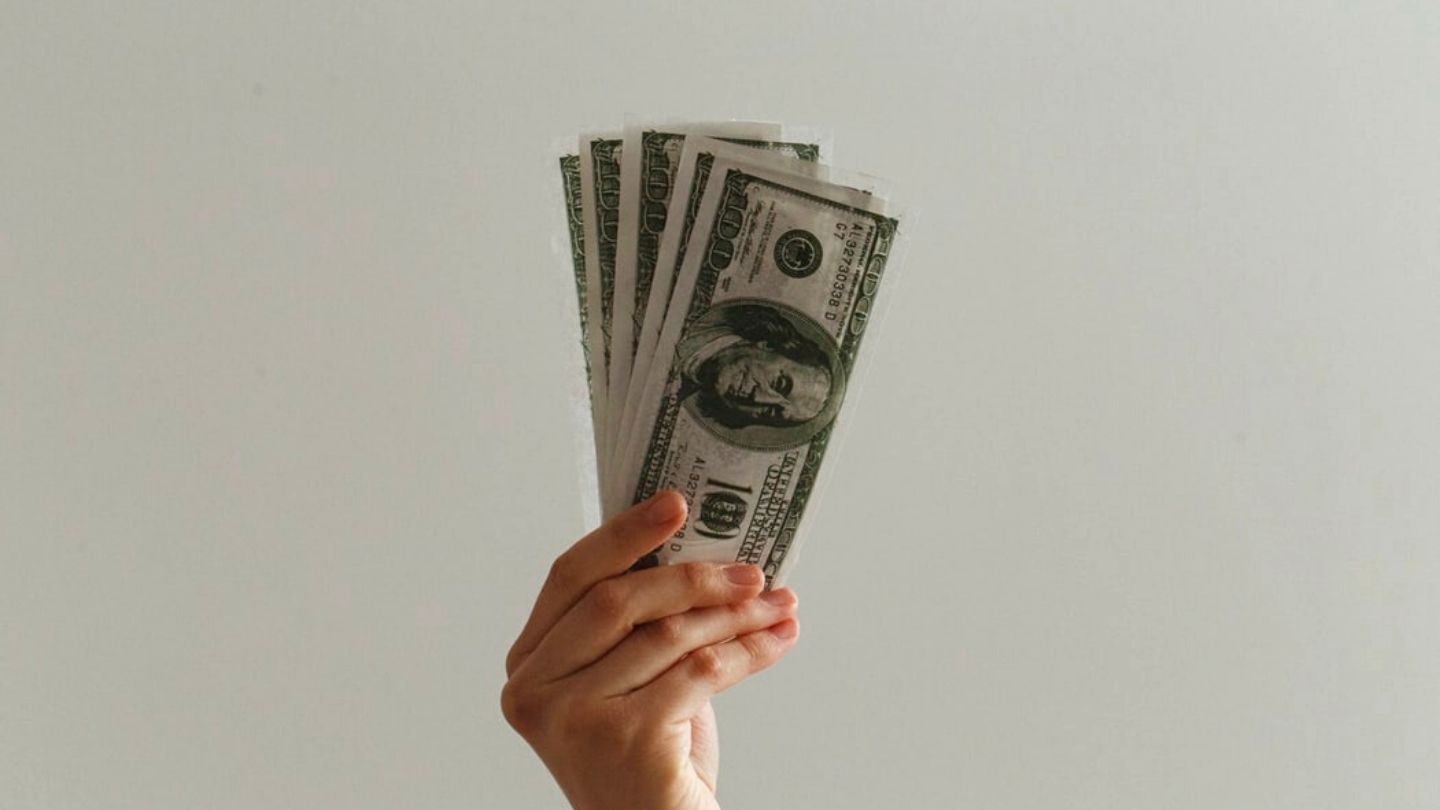 Key Highlights from the Study :

“The data on Socialbakers reflects what we hear from brands. Due to the uncertainty of the economic environment, they are slowing investment. This trend should continue as companies are looking for cheaper alternatives to engage their audience. This means that organic strategies, focused on good content, could prevail during this period. – Yuval Ben-Itzhak , CEO of Socialbakers.

“Reducing investment in social media could be a mistake on the part of brands. Brand marketers should be aware that, faced with the prospect of social distancing and more time at home, their audiences will turn to the digital world to feel connected, updated and entertained. 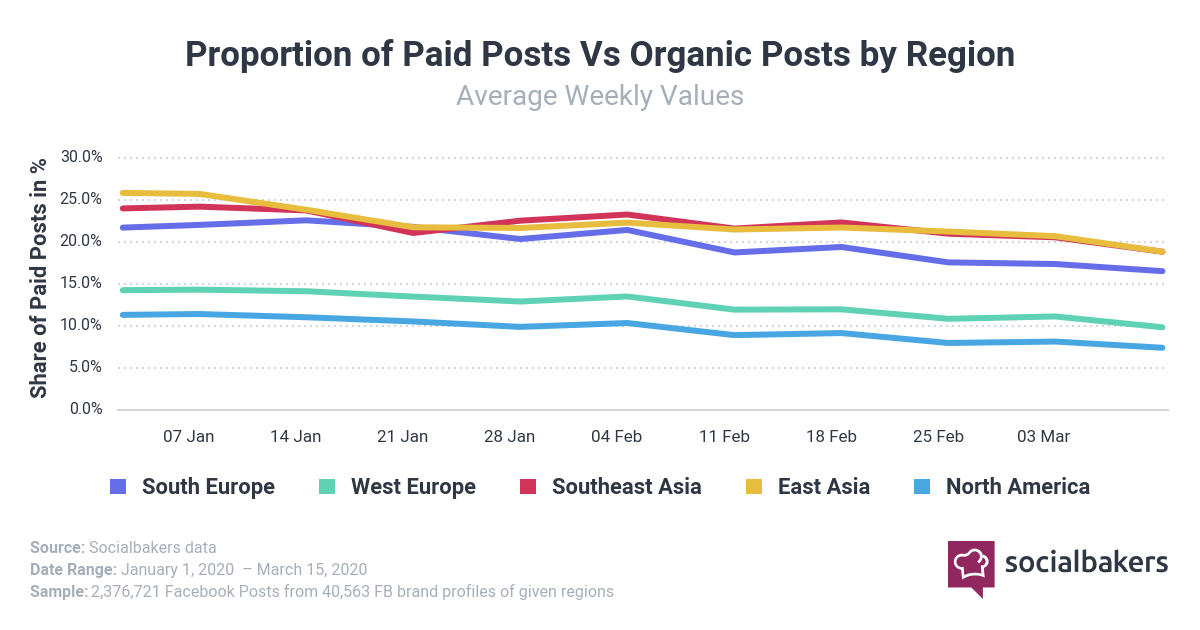 Paid or organic: we find that brands from all regions systematically display less paid content.

Organic publications remained strong, with a slight increase in all regions since the start of the year. 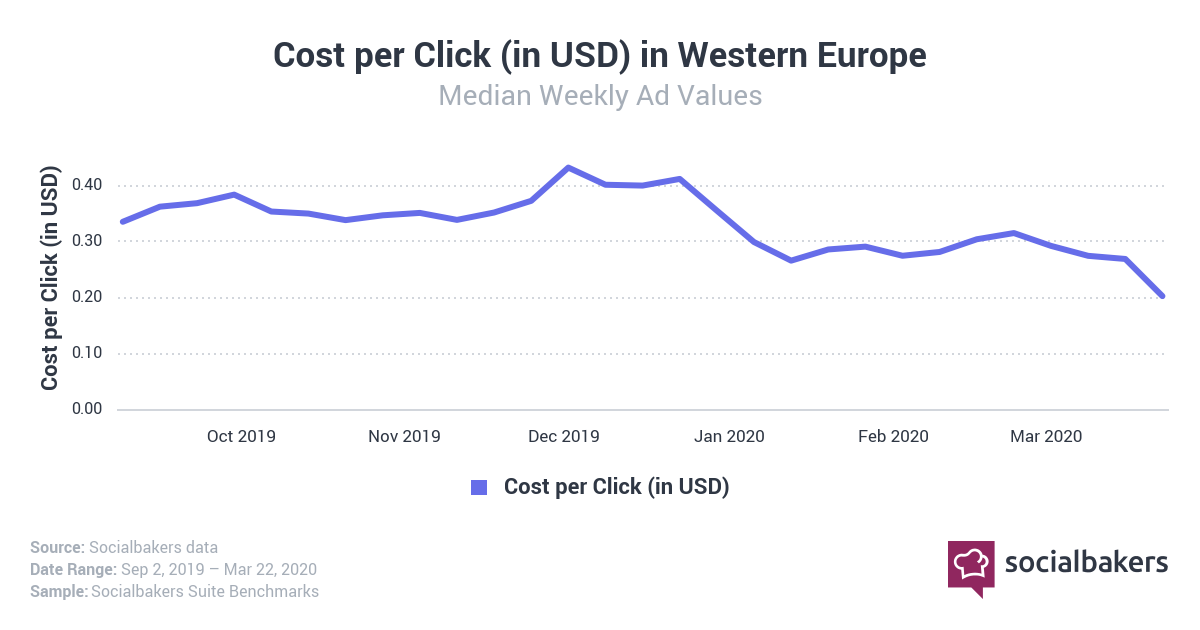 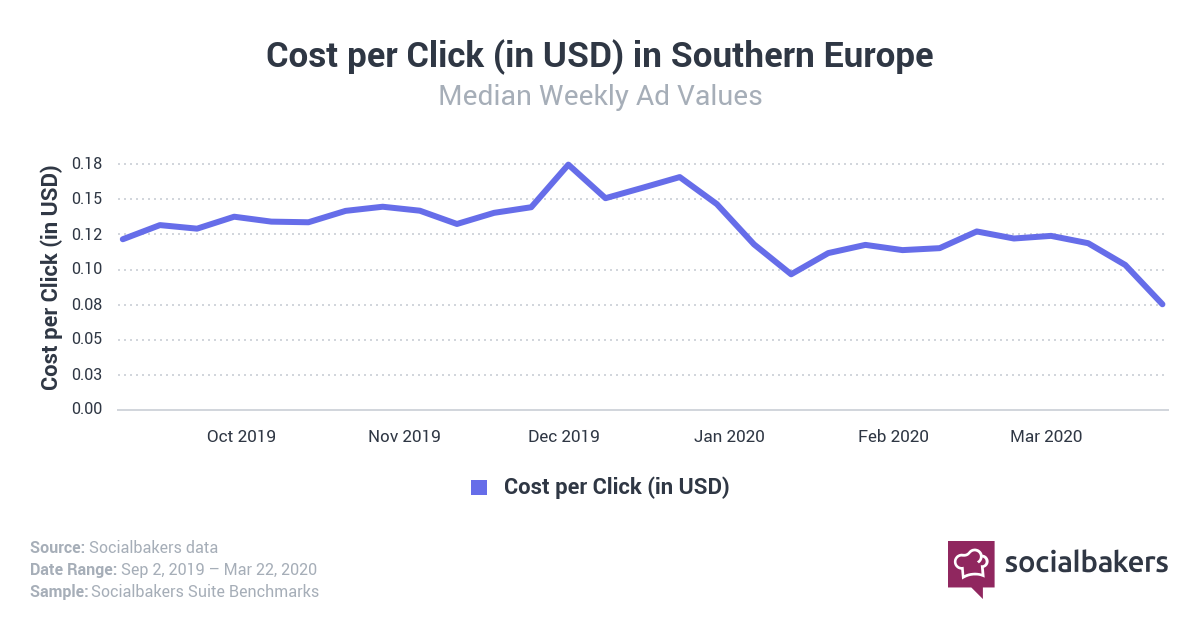 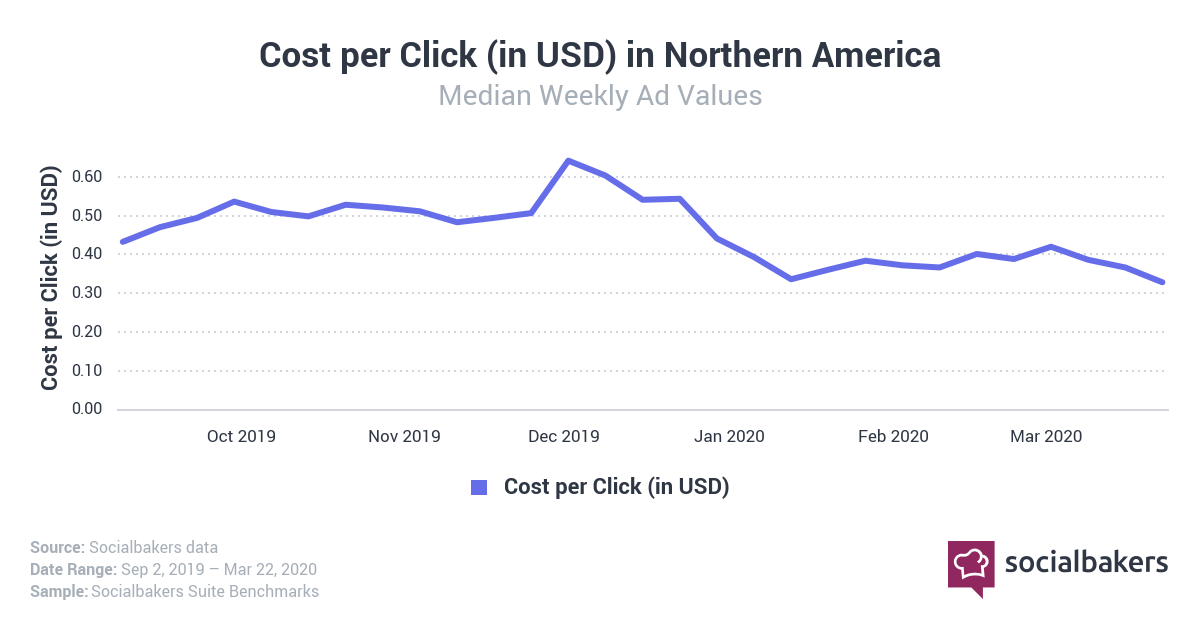 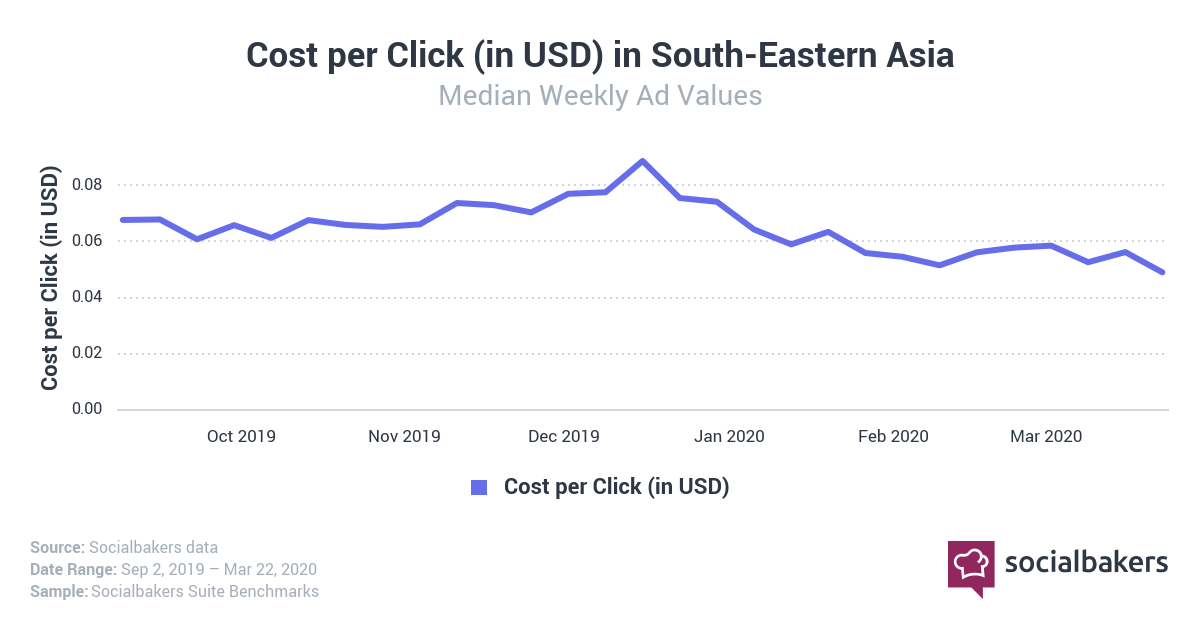 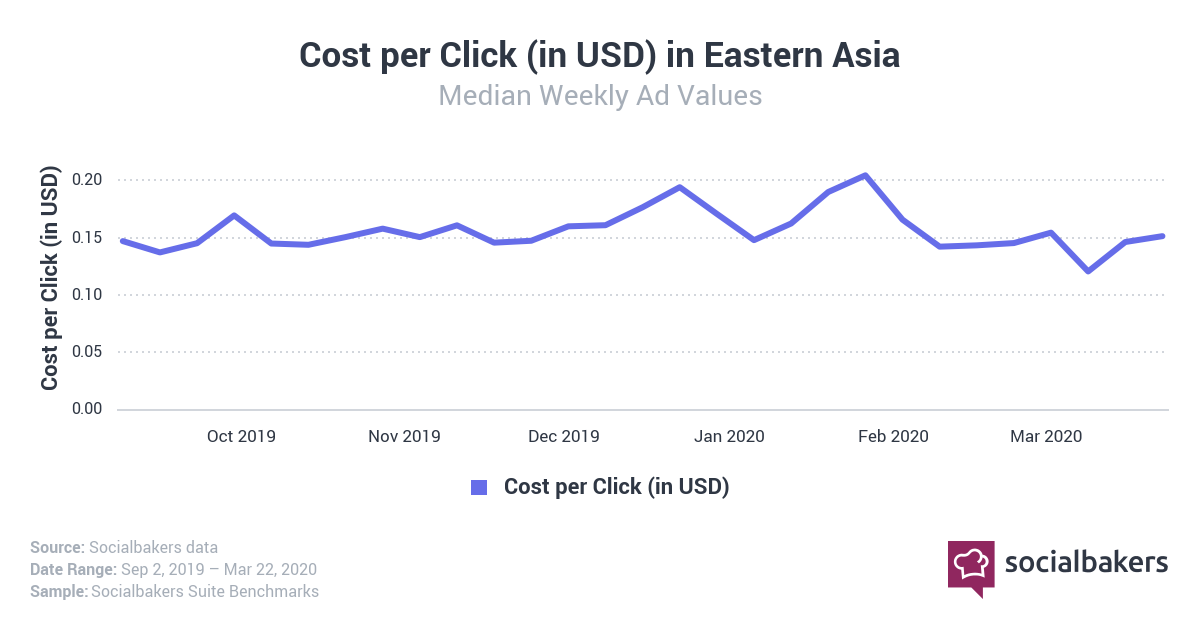 CPC: Facebook CPC costs have slowly decreased since the beginning of the year in all regions (W-EU, S-EU, North America, E-Asia, SE-Asia), however in East Asia, the CPC has started to increase again as business starts up in the region. 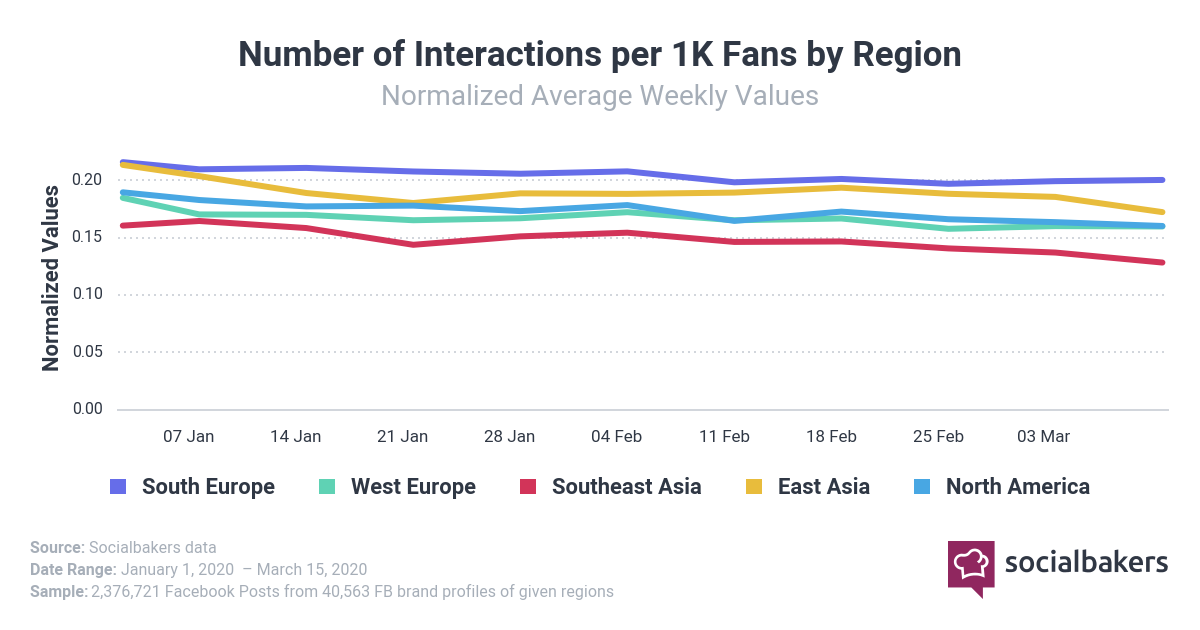 Global engagement: We have examined the global engagement on brand profiles by region. The data shows that engagement levels have remained stable throughout the year. However, we anticipate that as people practice social distancing in the real world, we will soon see this translate into engagement in social media in the digital world.

A study and analysis by Socialbakers, leader in social media analysis.