THE IMPORTANCE OF COMMUNICATIONS IN UNCERTAIN TIMES

‘Economic post-traumatic stress’ isn’t something you hope to wake up to, but this was the diagnosis from the Bank of England’s Mark Carney of a post-Brexit UK. Theresa May’s coronation has seemingly stabilised the markets, but will there be an effective long-term prescription? We don’t yet know.

These are uncertain times, but there are real opportunities for communications functions to prove their worth. I’ll explain exactly why that’s the case, but first some context…

Communications has had a back seat in some Boards for too long, seen by many Execs as being a tactical or fire-fighting function.

This perception isn’t completely unfair – Corporate Communications and Corporate Affairs teams (from here on in simply known as ‘Communications’) are often well-renowned for issues and crisis management. They are also, of course, the first port of call for maintaining or enhancing relationships with key stakeholders. So a hugely important function, but is Communications seen as business-critical? By enlightened Boards, yes. By those that are behind the curve, no.

So why move Communications from tactical enablers to strategic partners?

With all Boards striving to prove their worth and in many cases battling for every penny of profit, CEOs should consider if they are truly maximising the skills and abilities of their reputation experts. Given that reputation should be managed to create value and with value likely to be at a premium in the uncertain times that lay ahead, many might find it’s time to elevate communications from the press office to the top table.

Reputation as an enabler of value is far from being a new theory. It’s well-established that a strong reputation leads to increased trust from audiences that are crucial to an organisation’s success. This trust can lead to, for example, increased loyalty from customers, it can lead to increased freedom to operate from regulators, it can lead to an increased ability to recruit and retain the very best employees. Put all this together and it strengthens the likelihood of growth and greater shareholder returns.

Why not put the theory into practice? What’s been holding Boards back?

It’s likely that many Boards are blinkered as to the value that Communications can unlock. There are a number of reasons for this. Firstly, in some cases, Communications’ efforts and outputs haven’t been in sync with the aims and directions of the businesses they serve. Yes, managing stakeholder perceptions are important, but Boards perhaps haven’t been truly convinced that plans have been designed and evaluated with overall business growth in mind. It means some Boards haven’t fully opened their eyes to how reputation can be proactively managed by Communications to oil the wheels of commercial growth.

Secondly, many Boards have neglected to include Communications in strategic planning. Traditionally they have only called upon Communications when something unpleasant has hit the fan. Reputational considerations should be part and parcel of key strategic decisions and this means Communications needs to have a voice from the outset, with recommendations based on both clear external analysis and also a comprehensive understanding of business challenges.

Thirdly, we live in a data-driven world and in some companies it may be that Communications is lagging behind other functions here. A Communications Director at a Professional Services firm told me that until his team rooted their reputational risk assessments in data and hard numbers, many members of his Board wouldn’t give them much more than a second glance. Indeed, when it comes to reputational risk, reputation needs to be so much more than a tick in a drop-down box on a risk register. Communications needs to present robust data on the commercially-critical audiences involved and the impact on value that their perceptions and actions might create.

How can Boards maximise Communications’ ability to help manage reputation for value?

This has to be a two-way street.

Meanwhile Communications has to increase its authority and be ready to do more than simply communicate. That means being equipped with the data and reporting mechanisms that Boards expect. It means delivering insights and recommendations that are aligned to business plans. It’s a broad remit. At the heart of this is the knowledge that while Communications might be the reputation experts, responsibility for reputation is shared between comms, the Board and also functional and business-unit heads. Communications must help others align operational actions with reputational considerations and the organisation’s appetite for reputational risk.

Protecting and enhancing reputation to aid growth is a big job, but someone’s got to take the lead…. now more than ever. That someone is Communications. And at a time when growth is going to be at a premium for many companies, it’s time for some Boards to unshackle their comms functions.

What marketers can learn from Cuthbert the caterpillar 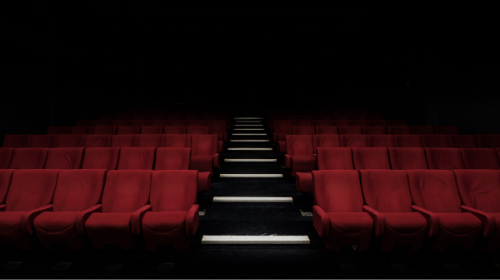 The Streisand Effect: what does Barbra have to do with crisis communications?