Future Spotting: 6 Ways To Level Up Brand Experiences Through Gaming

We take a look at how trends in the gaming industry can inspire brands to get creative.

What comes to mind when you hear ‘gaming’? Well, there’s so much more to it than being glued to the computer screen. These days, the gaming industry is one of the fastest growing, and APAC takes up the largest market share.

Using insights from our data partner GWI, we explore the trends in the gaming industry and show what opportunities there are for cross-industry campaigns. 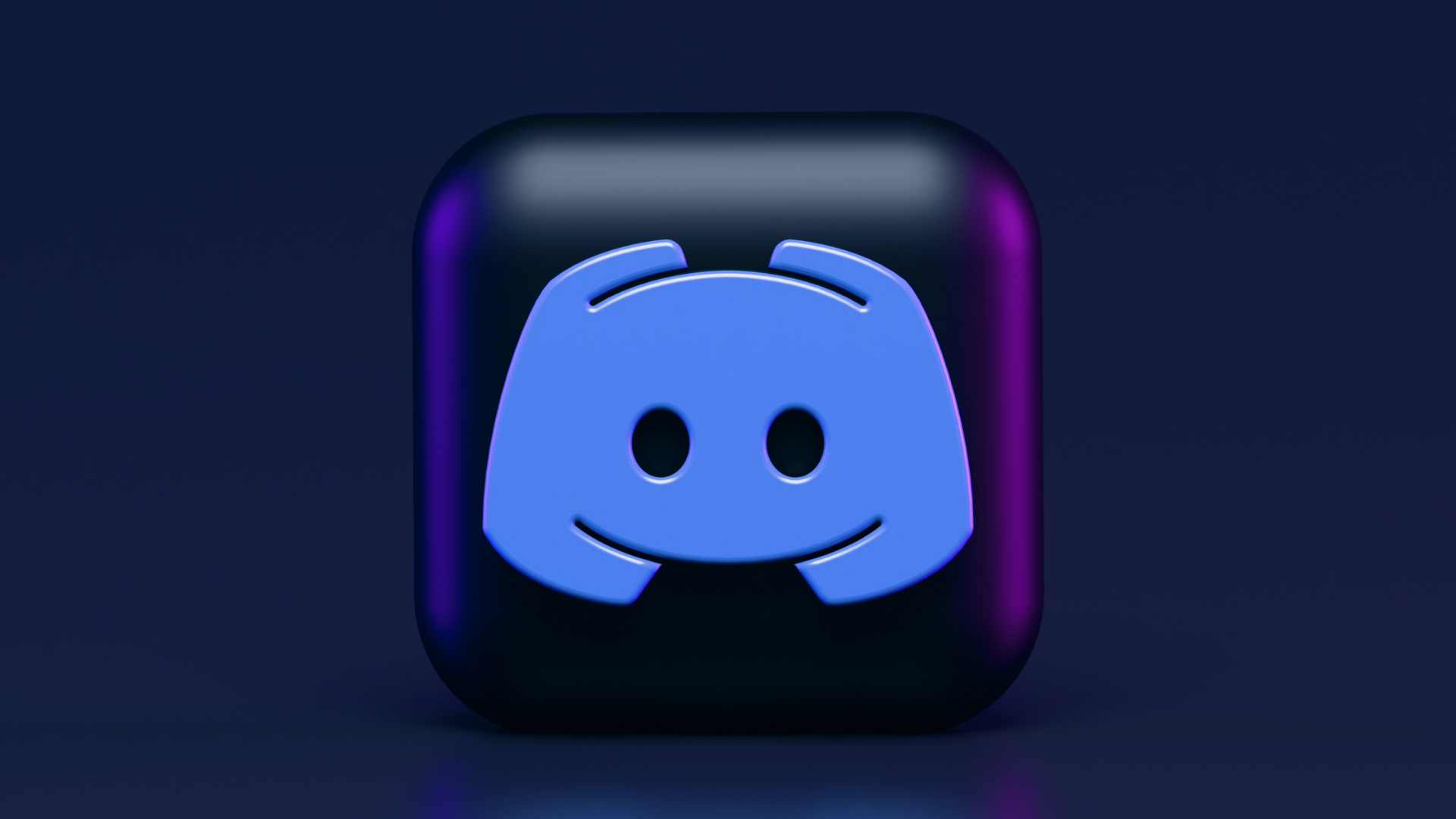 Gaming in APAC has seen huge growth in the last 18 months. APAC represents 49% of global consumer spending on games, with China, Japan, and South Korea making up three of the top four global gaming markets by consumer spend.

By the end of 2021, the region had approximately 1.62 billion gamers, or 55% of players worldwide, up from 1.2 billion gamers in 2019. This has led to an increase in social gaming communities in the Asia-Pacific region.

APAC’s leading game markets have set the global standard for social features in games, such as in-game communication, friendship or mentorship systems, leader boards, and player versus player (PvP) modes.

With the Metaverse emerging, brands have an opportunity to further shape the social experience in virtual gaming worlds for an audience that’s already receptive.

Discord, which has gained in popularity over the past 3 years, is an instant messaging and digital distribution platform. It’s geared specifically toward video game players, providing them with ways to find each other, coordinate play, and talk while playing. With eyes on Metaverse gaming, Discord has become a popular platform for game marketing and companies. It has over 140 million active monthly users and 300 million registered accounts. 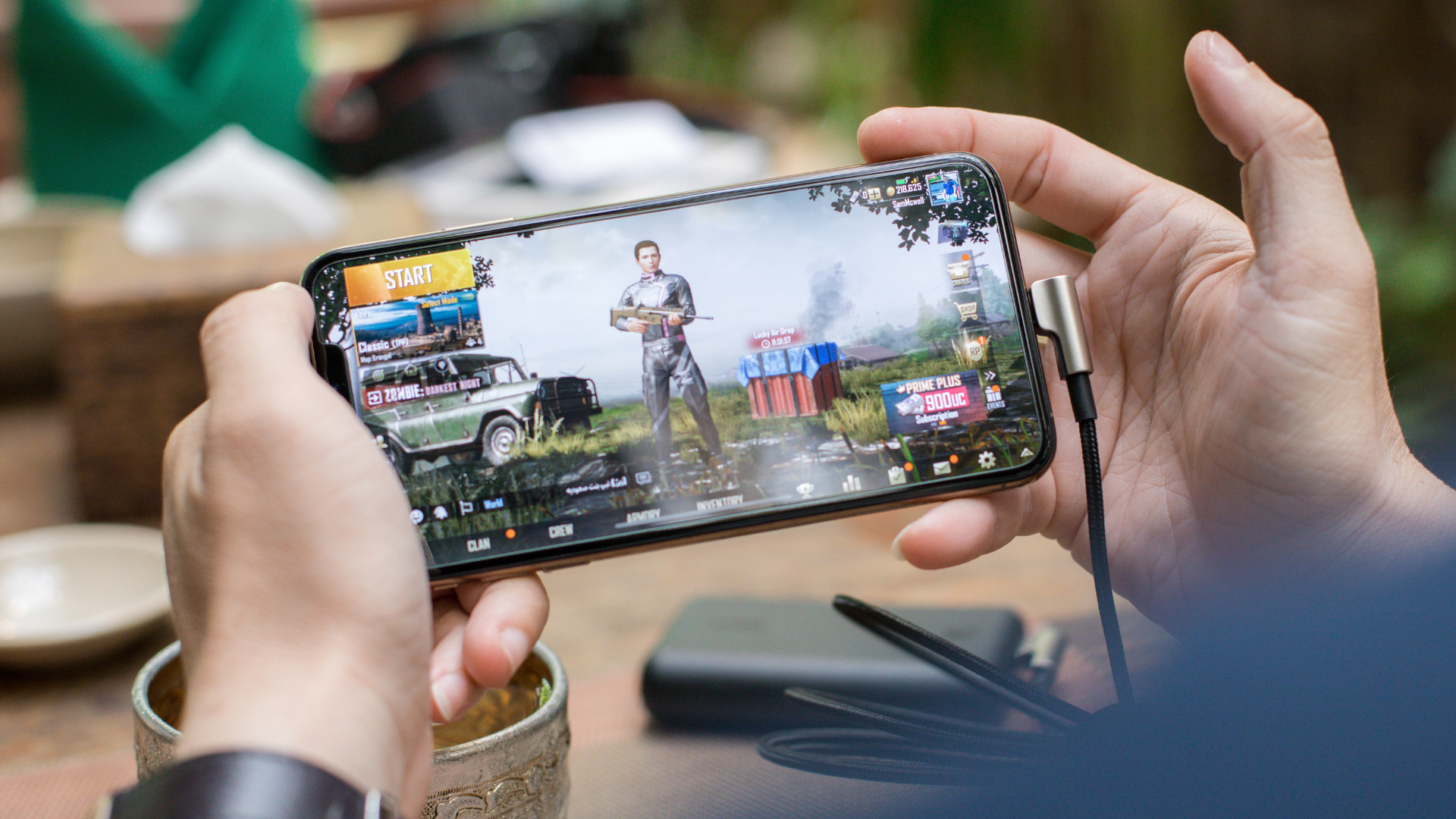 APAC continues to be a mobile-first gaming region. The mobile player base continues to grow and mobile continues to be the primary gaming device in APAC, partially due to pandemic-related events. 30% of new players expect their mobile gaming activity to increase after 2021.

In 2021, the number of mobile online gamers in Southeast Asia rose to 250 million. Indonesia, Malaysia, Thailand, Vietnam, Singapore, and the Philippines are the six most significant countries for mobile gaming in the region. Players are expected to spend $57.9 billion on mobile games in 2022.

The availability of a free-to-play option is one of the significant drivers for the growth of mobile gaming which are free to download and play, but generally involve ads and offer in game upgrades which can be purchased.

Because of the dominance of mobile gaming in APAC, big name gaming brands want a piece of the pie. After the huge success Rockstar Games had with a GTA IV version released on mobile, other big brands are following suit, including Minecraft and Assassins Creed, which have been hugely successful since launch. 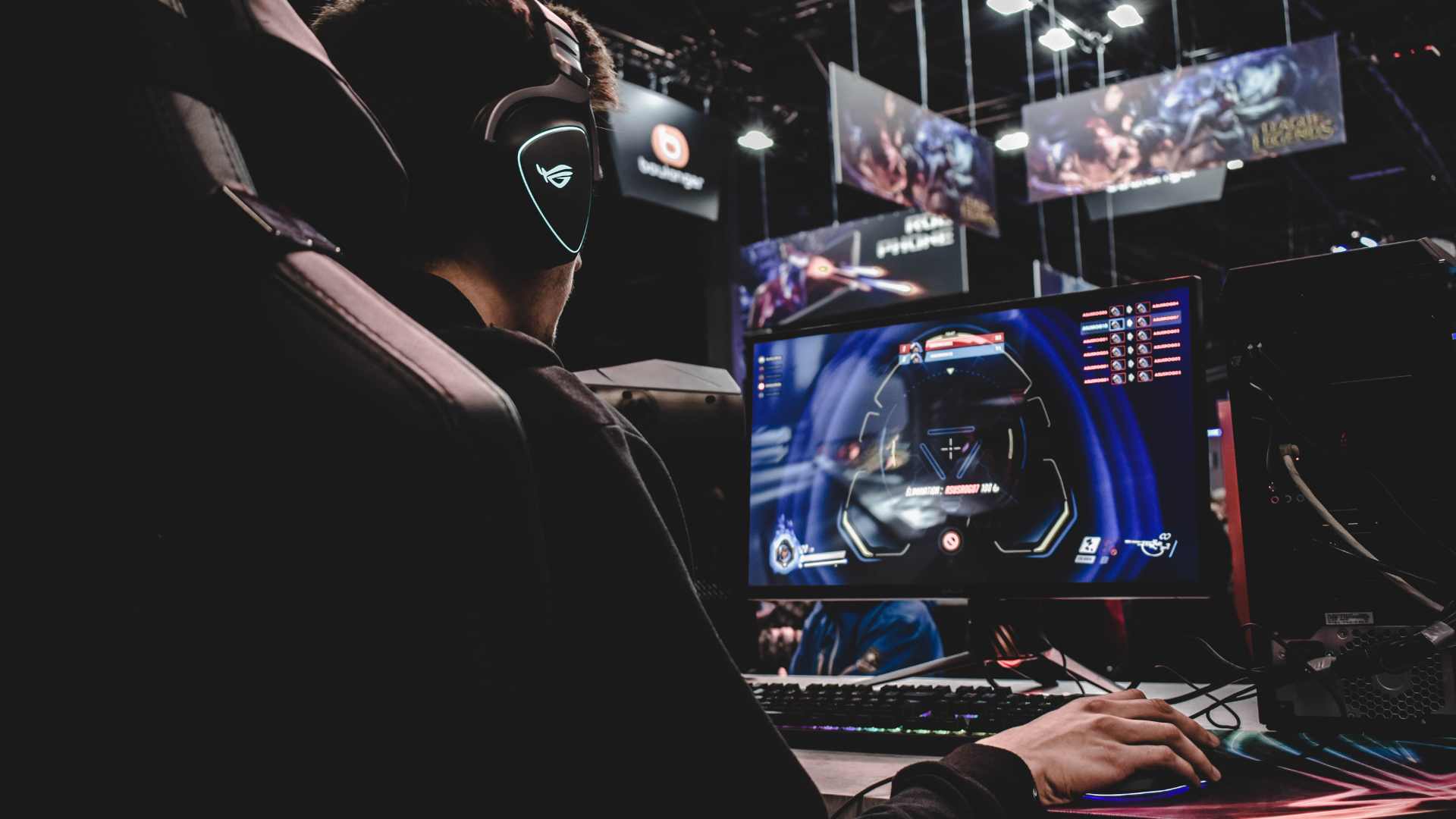 #3 E-Sports Continues To Grow In The Gaming Community

As competitive video games continue to integrate into popular culture, e-sports is gaining high attention from brands, media outlets and consumers. The rising interest and large participation from Japan, South Korea, and China are major growth drivers, with the most popular tournaments being FIFA Interactive World Cup, Dota 2 Championship, and Call of Duty league.

Live streaming is the most common way of marketing e-sports tournaments. Nowadays, co-streaming is becoming increasingly popular. Two influencers or streamers work together during e-sports events, doubling their viewership and increasing revenue for themselves and the platforms such as Twitch and YouTube.

Audience get introduced to new streamers/players who they can follow, which is a simple, yet effective way to foster a community where people with same interest can interact with each other in real time. 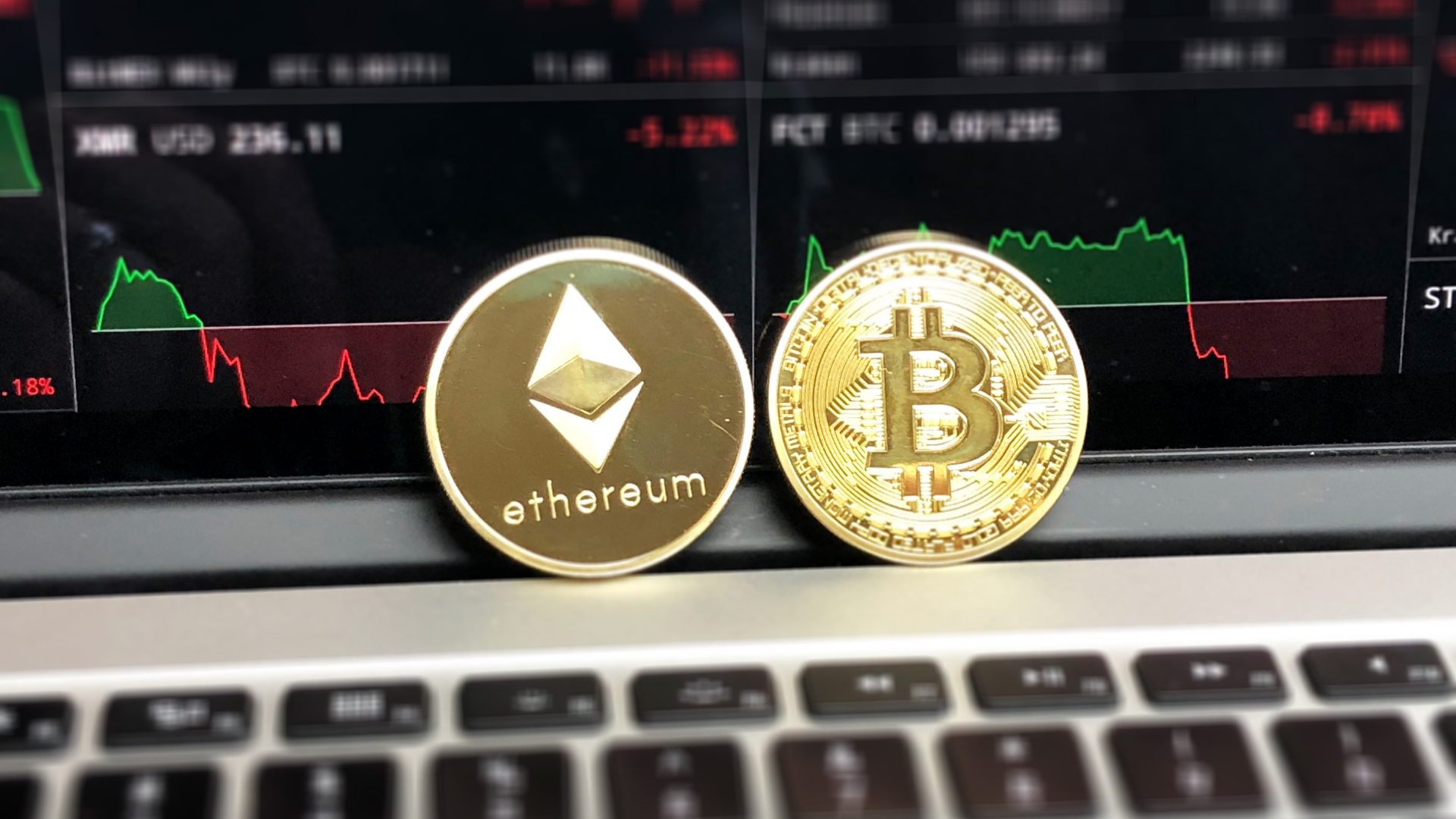 Publishers are set to use blockchain technology to facilitate more secure and legitimised player-to-player trading within a centralised game environment.

The introduction of blockchain has lead to a more decentralised future where players own the assets (NFTs) they win or purchase and can transfer them for use in another game. This is putting real-world value on digital in- game assets since some of the items can cost thousands of dollars, and players can sell them for a profit. The APAC region has the highest ownership rate with 22.6 million gamers that hold cryptocurrency.

The need to diversify earning streams may lead e-sports organisations to turn to blockchain-based earning mechanisms by utilising NFTs. Because of this, new e-sports business models involving blockchain technology are starting to emerge and will have more developments in 2022.

GameFi describes the gamification of financial systems to create profit from playing play-to-earn crypto games. What primarily differentiates it from traditional games is that players play to earn rewards rather than to win. The largest of all crypto games, Axie Infinity, has taken GameFi to a whole new level. Some people are grinding away eight or nine hours a day on Axie Infinity, which was translating to an estimated US$30- $50 per day. 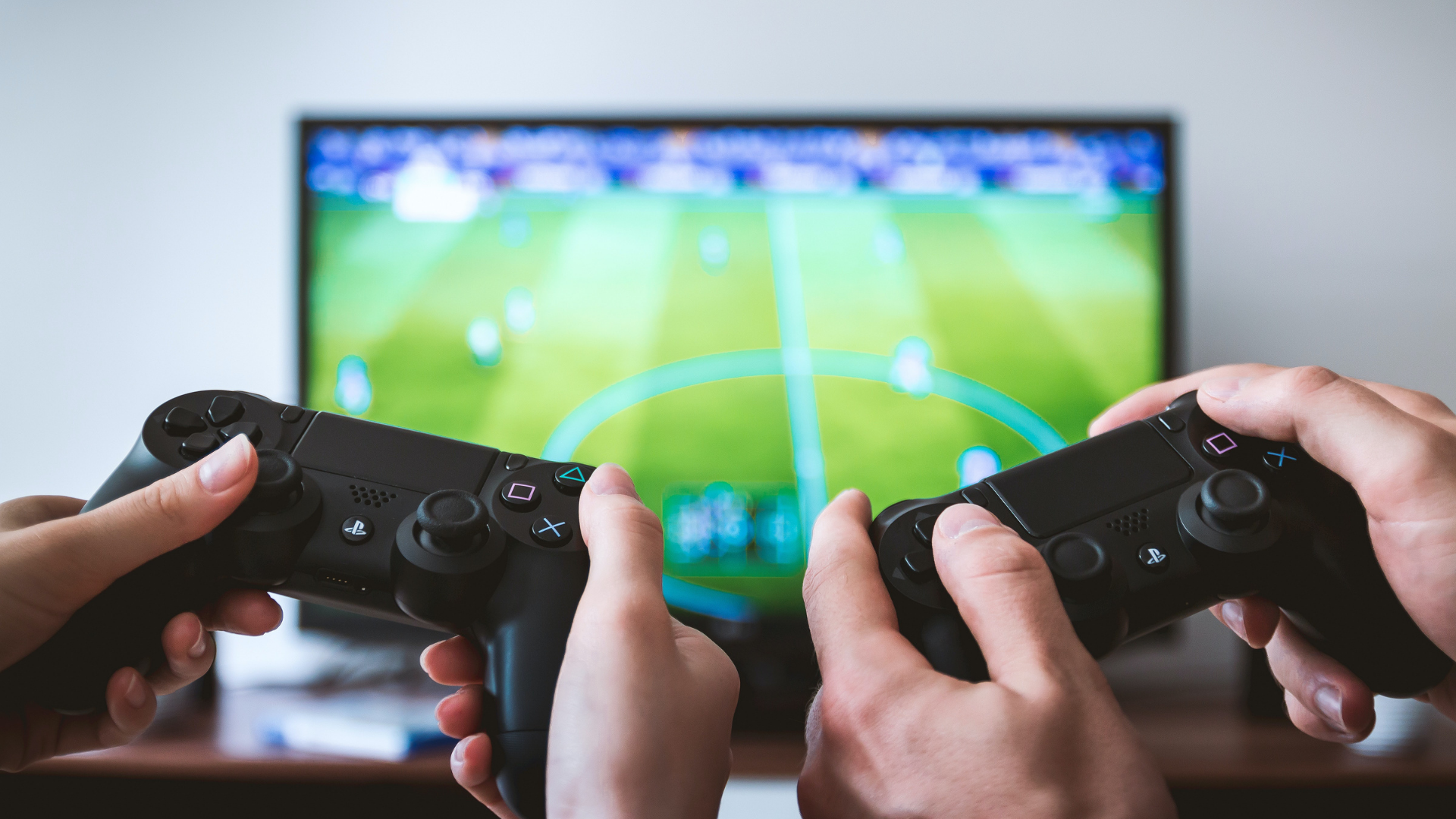 Since the birth of home video gaming, players have come to accept the need to upgrade to a new console or computer every few years to ensure they can play the latest and greatest releases. But this could be coming to an end. Almost all of the big players in the video game business now offer their games through cloud-based subscription services, including Microsoft, Sony, Google, Nvidia, Tencent, and Amazon. Smart TVs and lightweight streaming devices like Chromecast or FireTV are all that’s needed for users to connect. Everything takes place in the cloud data centre, with the output beamed into homes in the form of streaming video.

The Asia-Pacific cloud gaming market is predicted to expand at a CAGR of 29.6% during the forecast period 2017-2030.

Cloud gaming is a particularly perfect fit for casual and “midcore” gamers who prioritize convenience and value. It offers them seamless access to the content they experience in other areas of their lives from those services such as Netflix.

More content providers offer their cloud gaming services, much like Disney+ has done with its Video On Demand strategy, which has resulted in increased brand affinity for Disney across millions of screens at home and on the move. By having their own branded cloud gaming solution, publishers can use this channel to increase community engagement. Ubisoft is one example of a publisher that is beginning to embrace self-publishing via cloud streaming. Its cloud gaming solution Ubisoft+ offering is currently in beta for its US subscriber base, providing access to select Ubisoft games via the Luna and Google Stadia cloud gaming platforms. 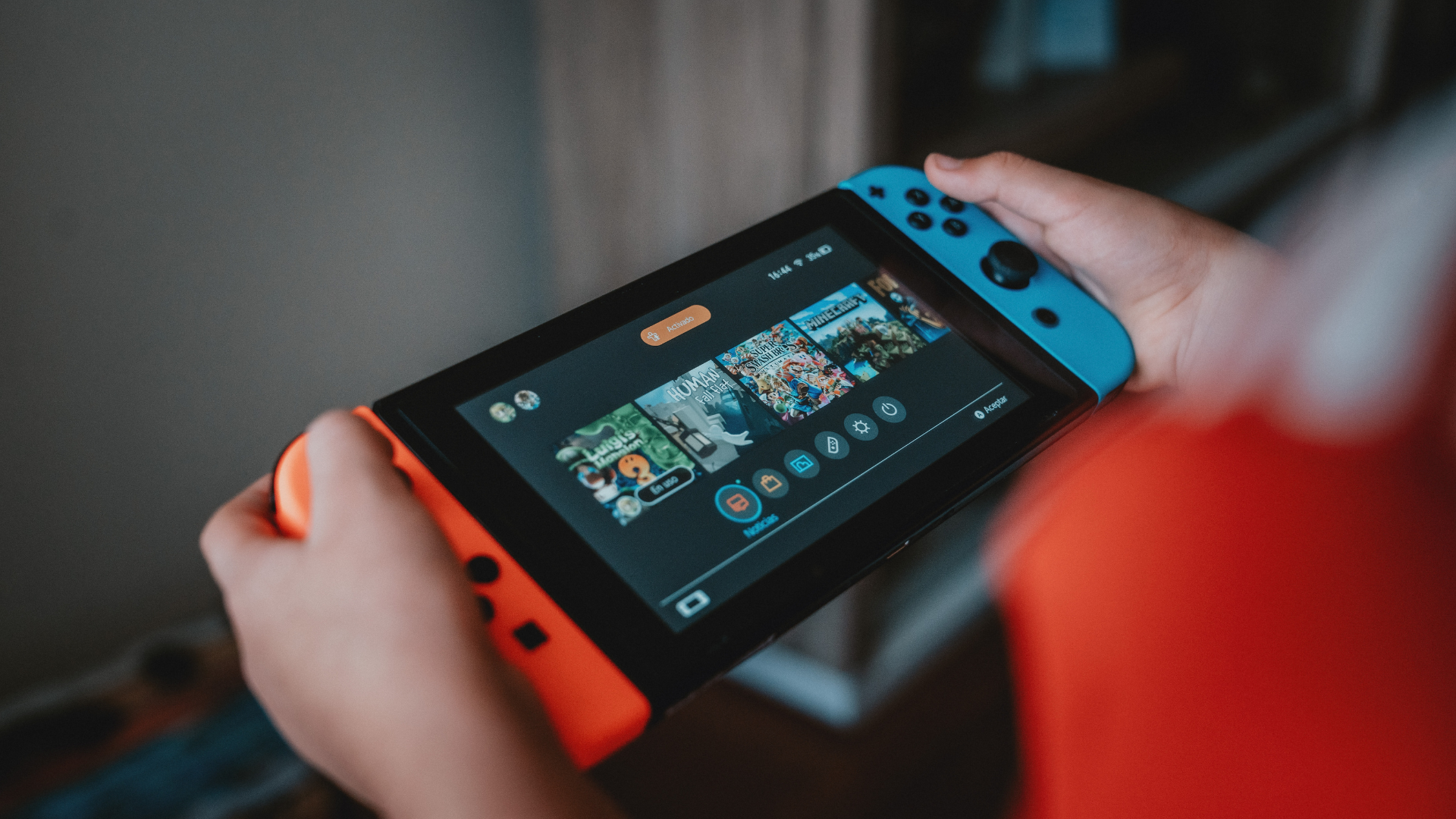 Both microtransactions and downloadable content (DLC) have emerged as prominent sources of revenue. Many free- to-play games, like League of Legends Fortnite, and Apex Legends, have made their money through in-app purchases, which are often cosmetic items like new costumes for characters or level upgrades.

Consumers in Southeast Asia significantly increased in-app purchases in 2021 compared to 2020. On average, SEA market (Indonesia, Malaysia, the Philippines, Singapore, Thailand and Vietnam) saw a 240% increase in spending, with the Philippines experiencing a massive 371% increase, the highest growth in purchases in the region.

One strategy to persuade your customers to make an in-app purchase is to offer customised and personalised items. For example, adding the user’s name to the item or in the design of the item, or even letting the user customise items. This successfully meets Gen Zs’ self-expression demand, who are the largest audience segment of gaming industry.

Colour psychology is essential when designing in-app purchases, colours convey different emotions to users, and help brands achieve different objectives through users’ purchasing journey, like grabbing attention, creating a sense of urgency, and pushing them to a call-to- action.

One game that offers personalised items and uses colour psychology successfully is Apex Legends. In its first month of release, the game made over $90 million from in-game spending across all platforms. 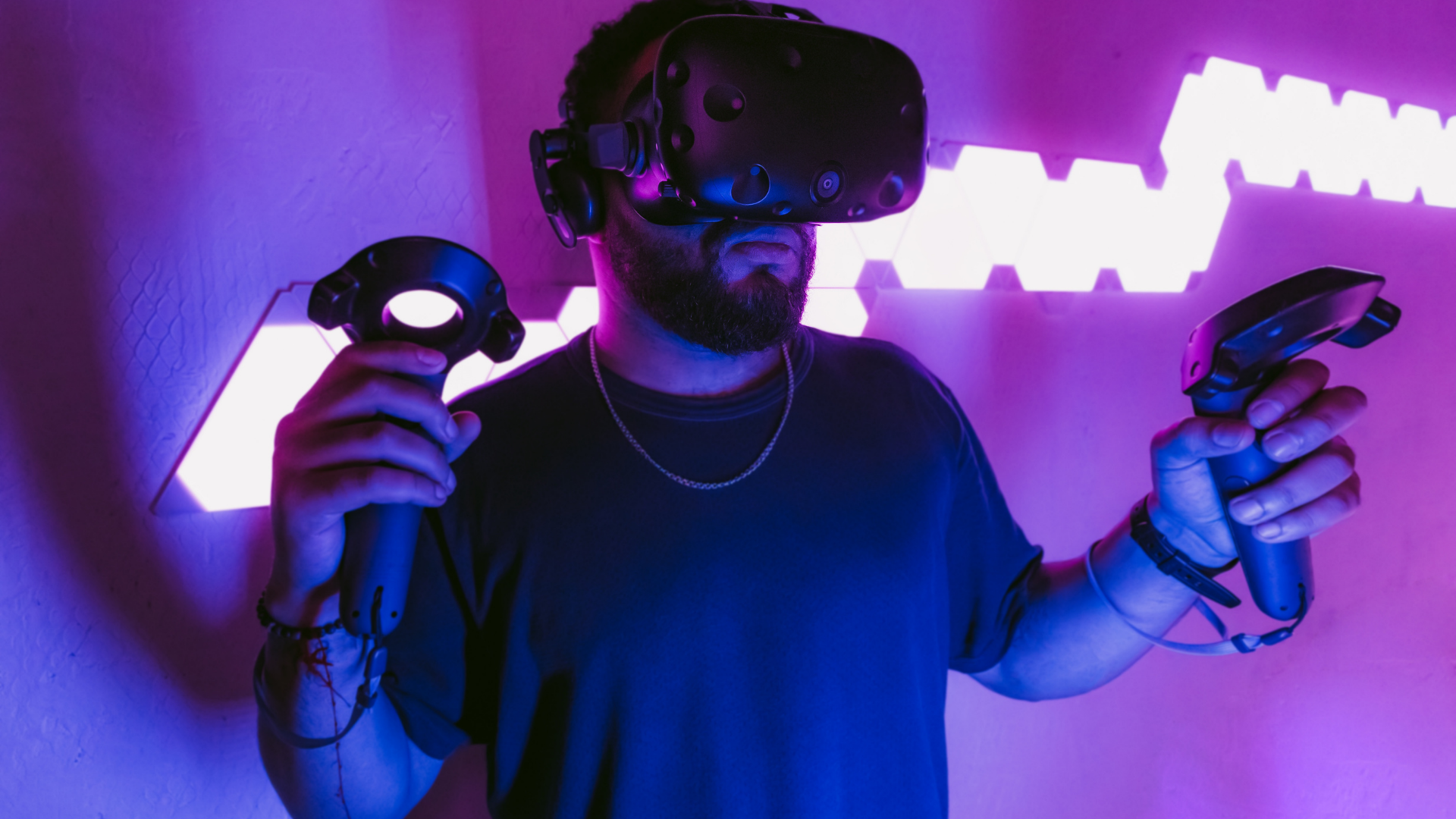 #7 VR Gaming and the Metaverse

Gamers were fully bought-in into VR long before it became fashionable amongst people like surgeons and used by the military. The past five years in particular have seen a gradual growth in uptake of VR gaming, with a growing number of high-profile franchises becoming accessible through headset technologies.

VR is set to provide some of the most exciting gaming experiences of the coming year, and thanks to the falling price of hardware, consumer headsets such as the Meta Quest 2 are becoming increasingly affordable. In a recent survey by Worldpay, nearly 100% of Chinese consumers said that they’ve tried AR or VR technology in some form, at least once, and more than 50% use these technologies at least once per week.

While some brands were making full out VR experiences from scratch, other brands could leverage on the existing VR games or platforms to engage with audience. Wendy’s identified how it could engage with gamers in Fortnite’s virtual world. Although it is not technically a VR experience requiring a headset, the brand still leveraged a virtual world to market its product. In Wendy’s first ever Twitch stream, which won a Gold Clio, followed an avatar dressed as Wendy who appeared on the online battle game.

At one point in Fortnite’s online storyline, players were prompted to hunt cattle and transport beef to freezers at nearby restaurants. Like a commercial, native ad, or advergame, the goal of the campaign was to remind Twitch audiences that Wendy’s makes an effort to serve the freshest, best tasting beef to its customers. During the stream, mentions of Wendy’s on social 8 media went up by 119%.

Curious about the trends impacting your brand? Get in touch with our data and insights specialists here. 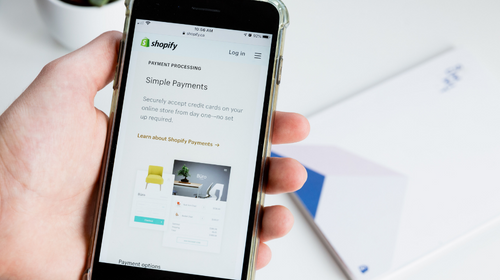 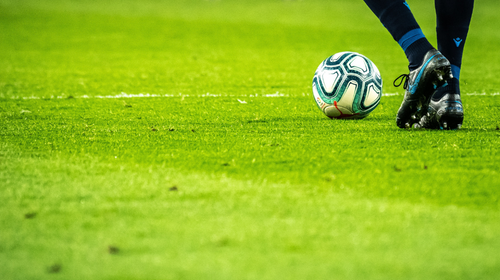 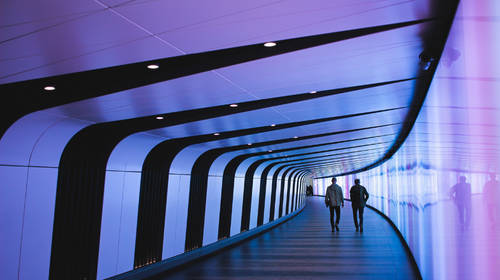