5 Top Tips for a Power Lunch

First a bit of history regarding the 'Power Lunch', where it came from, what it is and why we're hoping it will make a come back. Then onto 5 Top Tips on how to host a successful power lunch yourself!

The History Behind the Power Lunch

“There’s no such thing as a free lunch,” wrote the American economist Milton Friedman in his book of the same name in 1975. And that is certainly true of the ‘Power Lunch’, a concept so ingrained in UK and US business dealings that it is even defined in the dictionary: a high-powered business meeting conducted over lunch. Far from free, the Power Lunch is defined by diners who run and influence business, culture and politics. And at these lunches, companies are merged, book deals are signed, projects are financed, and movies and TV shows are greenlit.

For much of the past year, eating in restaurants has been illegal (a sentence I never thought I’d write). Face to face was replaced with pixel to pixel and what would have been agreed over a chopped salad was instead agreed over Zoom. But as the UK reopens, could 2021 witness the return of the Power Lunch?

The term ‘Power Lunch’ was born in 1979 in an article by the then-editor-in-chief of Esquire Magazine, Lee Eisenberg, in an article on a new buzzy lunch scene at the iconic Four Seasons hotel in midtown Manhattan. Back in the 1970s, business leaders could often be found taking lengthy boozy lunches at formal restaurants noted for theatrical table-side preparation of complicated and indulgent food. Although no doubt delicious, the food and format weren’t conducive to working lunches. The Four Seasons restaurant suggested a different approach: rather than overly attentive, service was discreet and efficient; tables were set far apart affording business leaders privacy; food was light and easier to eat whilst conversing; wine could be ordered by the glass; the room was light and airy; and you could be in and out within 60 minutes. 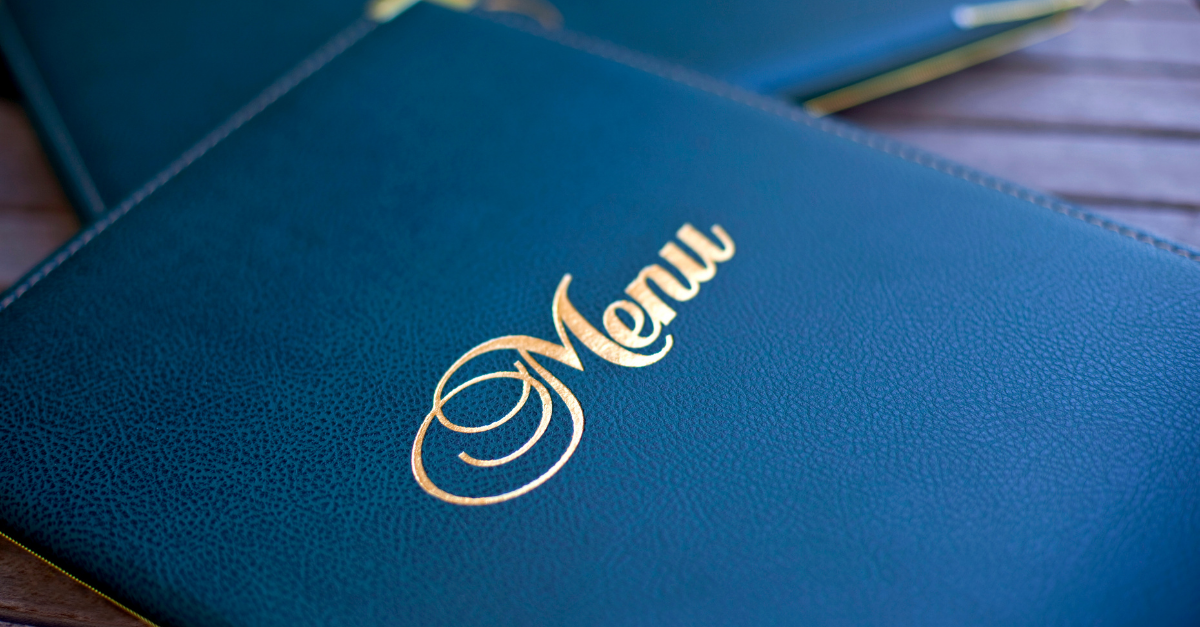 It revolutionised the lunch scene in New York City. Henry Kissinger, former Secretary of State, once said about it: “The Four Seasons is an institution, not a restaurant. Its layout facilitates privacy. Its ground rules permit table-hopping. Its code of conduct imposes restraint. Half the guests come to be in familiar circumstances. The rest come to observe the regulars.”

The Power Lunch spread all over the United States. And of course, arrived in Thatcher’s Britain in the 1980s.

The restaurant that defined the 1980s power dining scene in London wasn’t even new. Opened in 1888, the Savoy Grill, part of London’s famous Savoy Hotel, immediately pulled in actors and directors who would flock to it after West End performances. And as the film industry grew, the restaurant welcomed the likes of Charlie Chaplin, Judy Garland and Elizabeth Taylor. The restaurant was arguably at its peak in the 1980s, where it was said that more deals were closed in its dining room than in the boardrooms of the City. Nicknamed as both the ‘second House of Lords’ and the ‘City Canteen’, the restaurant offered the perfect location. Halfway between The City and Parliament, and just round the corner from Fleet Street, its dark and clubby dining room came to epitomise the success and excess of ‘the Big Bang’ when the City of London was deregulated, revolutionising its fortunes and turning it into financial capital to rival New York.

The Power Lunch continued into the 1990s, though its centre stage inevitably changed location. In the 90s, the hottest ticket in town was unquestionably The Ivy. The Ivy began as an Italian cafe in 1916. Given its position in the heart of theatreland, it soon attracted the likes of Laurence Olivier, Marlene Dietrich and Noël Coward, though it started to decline from the 1950s. It eventually closed in 1989 and was considered a dead restaurant until legendary restaurateurs Jeremy King and Chris Corbin bought it and reopened it in 1990. It was an instant success. The great and good of publishing and media would meet for lunch, whilst the likes of Tom Cruise, Nicole Kidman and Brad Pitt would meet for dinner. Even Her Majesty Queen Elizabeth II has been spotted coming out of its famous door. 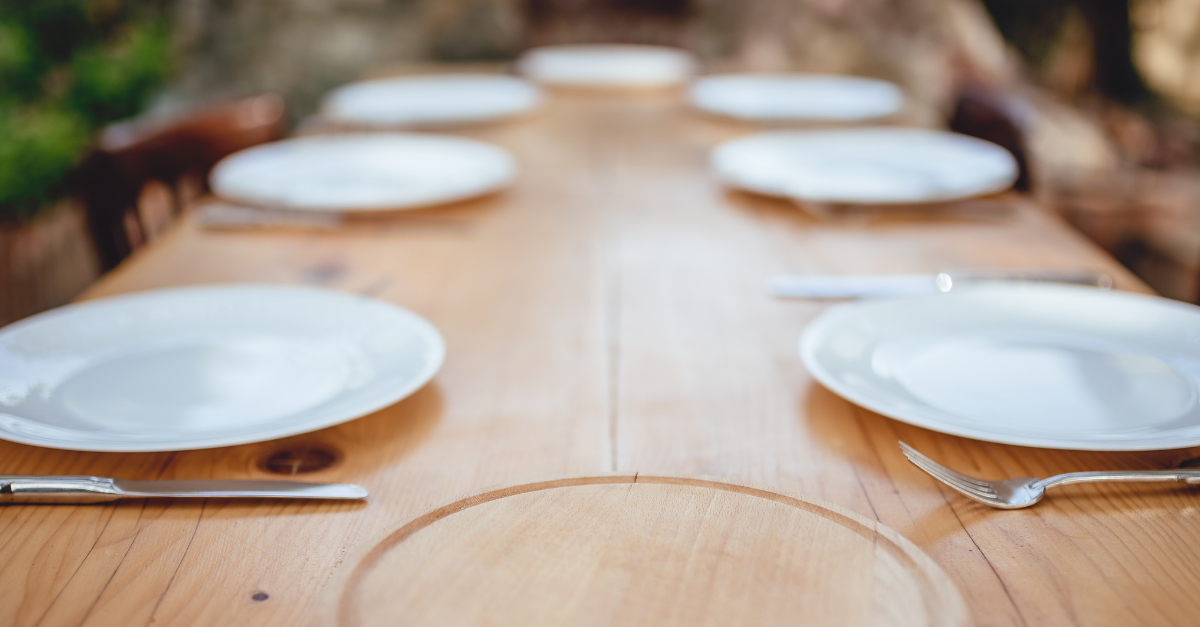 The 2000s witnessed another change of scene to something more private and exclusive. The Ivy opened a private members’ club (The Club at The Ivy) above the original restaurant which, proving the herdlike mentality of celebrities, moved the famous faces upstairs, whilst Nick Jones’s Soho House empire started to grow. His original Soho House opened on Greek Street in 1995 but it was Shoreditch House’s opening in 2007 that cemented London’s new love affair with a new breed of members’ clubs. Far from the stuffed shirt clubs on Pall Mall, these environments offered the trendy media professional a whole host of amenities from private cinemas, fully equipped gyms, buzzy bars and rooftop swimming pools. It offered the chance to truly impress clients: you didn’t just need a table – you needed a membership.

The 2010s marked an on-off love affair with the Power Lunch. The credit crunch of the late 2000s necessitated spending restraint, whilst the advent of social media and camera phones put almost everything ‘on the record.’ That said, some spectacular restaurant openings attracted expense accounts once more. The Chiltern Firehouse opened in 2013 (by American hotelier André Balazs) whilst Richard Caring offered Sexy Fish in 2015 and the new Annabel’s in 2018 (an all-day and all-night experience in a Georgian mansion in Berkeley Square). Once again, the champagne was flowing.

Then along came a virus.

On 23 March 2020, the most significant set of restrictions on British life in living memory were set in place as Prime Minister Boris Johnson ordered people to stay in their homes. Mr Johnson announced a nationwide lockdown in a bid to stop the coronavirus outbreak and warned that the police would be called in to enforce it. Businesses were ordered to close as part of the measures – restaurants included. For the first time in the history of our nation, lunch in a restaurant was illegal.

And so here we are in 2021. The UK has had one of the most successful vaccination programmes in the world and a life resembling normality is resuming. As Brits welcome ‘Freedom Day’ and return to offices in our towns and cities, we can expect a voracious appetite to meet clients and customers once more. 2021, after so many months of enforced isolation and confinement, may well witness the ultimate return of the Power Lunch.

I’ll drink to that.

Top Tips on how to host a ‘Power Lunch’ and seal that all-important deal.

Contact us today for all of your PR and Marketing needs… or for a lunch buddy – whatever you’d prefer.