RISE OF THE THIRD DIMENSION: HOW SOCIAL MEDIA PLATFORMS ARE EMBRACING 3D

For a long time, high quality 3D animations and CGI (Computer Generated Imagery) have been associated with big studios shelling out millions of pounds to create full length feature films like the Disney Pixar’s Toy Story or real-time 3D games such as Halo, GTA etc. But the tech has advanced exponentially in the last five to six years making it possible for 3D to be more accessible for both the creators and the consumers.

When we talk about 3D, they are broadly categorised in two main formats:

In recent times though, there has been a cross over between the two where we are increasingly seeing interactive 3D content being implemented in the most commonly used mobile apps and platforms. Mobile devices are now capable of rendering high quality 3D graphics and web browsers on these devices are also capable of reproducing decent WebGL based real-time 3D renders. Many social media and tech companies like Facebook, Snapchat and Microsoft and Apple have embraced this with open arms.

And that’s where things are getting interesting! With the tech being capable and content to complement it, creators are taking advantage of this and coming up with rich immersive experiences.

When it comes to 3D implementation in mobile space, Snapchat has been one of the key players in making 3D AR accessible for millions of Snapchat users. I’m sure you have used Snapchat filters in the past or actively use them, but the key elements of those is usually a 3D object tracked on to your face or your surroundings in Augmented Reality. Snapchat has also made it accessible for third party devs to create their own 3D lenses. Brands are already using it to create rich content.

At LEWIS London Labs, we have been researching this tech and have created a demo example shown above. To view it on your mobile, open scan the snapcode below with Snapchat app or if you are already on mobile then click on the link here which will take you to the Snapchat app.

Also, Snapchat is taking things to the next level with the recent introduction of Snappables. Snappables are AR games which uses your face as the controller to play games.

Users are increasingly sharing different types of media, from photos and videos to links and 360-degree panoramas on Facebook. So, Facebook recently expanded on this by introducing the ability to share 3D posts. These posts are responsive to touch and scroll making the experience a lot richer than just using images or videos. This could be huge for consumer brands who want to showcase their products in 3D. The users can interact, see the product from different angles and ultimately spend more time engaging with the brand. Facebook says, this also opens doors for a future where these 3D objects library could easily be applied to an AR or VR environment.

3D on the web has been historically bad, but with advancements in tech and mobile specs it has become a lot better recently. Bringing into the mix a full 3D environment, web VR and rich interactive experience, all possible within the web browser. Here’s an example of 3D WebGl from our LEWIS London Labs.

At LEWIS, we are always experimenting with new tech and coming up with ideas to take our clients’ brands to the next level. We recently announced the launch of our new 3D animation service and have capabilities in-house to produce the examples mentioned above.

Every idea has a suitable medium for it to flourish and 3D content makes a good case for making your brand more fun and engaging. We would love to hear from you if you are interested in adding this new dimension to your brand.

For any enquiries, drop us a line at creativeuk@teamlewis.com

THE 5 VITAL ELEMENTS OF NEWSJACKING 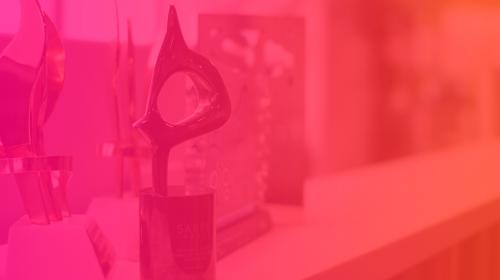 This Week In Social: Our 2020 campaign picks