Supporting the launch of car2go, the leader in self-service car-sharing

Car2go, a subsidiary of the Daimler Automotive Group, is the world’s first car-sharing service. With a presence in nine countries and 25 cities, car2go were looking for a PR agency to launch its services in Paris.

The brand wanted to launch a PR campaign for the French market focussed on creating inspiring and innovative image for car2go, whilst utilising its lifestyle positioning and sustainability.

Car2go, which operates in a very competitive market, wanted to differentiate itself from its competitors while communicating on its offer and its leading position in several other countries.

LEWIS implemented a communication strategy based on the French motto Liberté, Egalité, Fraternité to show how the concept of car2go can be applied to French values. Freedom of mobility, equality with the same car for everyone (smart electric ‘ForTwo’), and fraternity with the concept of vehicle sharing. Car2go’s flagship slogan became: “Free, like Parisians”.

This strategy resulted in an RP & Influencer campaign, along with a launch event at one of Paris’ busiest stations – Gare Saint-Lazare. The event captured the ethos of car2go, and shared the brought the brand vision to life. Key national media outlets were invited to the launch event, and consumers were welcomed and offered the opportunity to experience the car sharing service for the first time.

The event was carried out in two phases:

A street marketing campaign was also carried out in all the major train stations and squartes in Paris. LEWIS also created and led billboards, cleantags, and life-sized cut outs of the smart fortwo car2go in order to increase visibility and brand awareness.

13,000 registrations within the first month 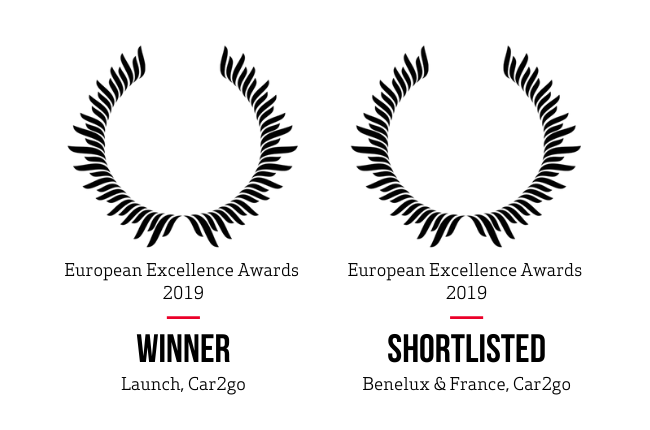