Influencers need to be held accountable too

Influencers have become powerful, prominent figures in society. We engage with them in some form on a daily basis, at the same time we have never met these influencers, yet trust what they say and promote, without a second thought.

After all our social media follows are the reason they are in the “powerful” position they’re in, we created the beast. They owe it to us to ensure that what they promote is legitimate, right? 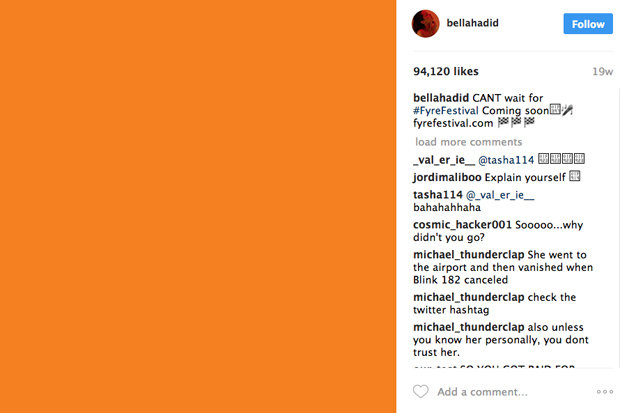 Unfortunately, in recent times that hasn’t been the case. We recently saw the highly publicised case of the Fyre Festival where influencers with massive global reach promoted what turned out to be a complete and utter scam. Following the initial promotion of this “festival” by mega influencers such as Bella Hadid, Kendall Jenner, Emily Ratajkowski and Yovanna Ventura, the world became interested which ultimately led many to a real-life nightmare.

The events of this disaster present the question; at what point should influencers be held accountable for the products and/or events they promote? Prior to the promotion of something on their channels, influencers should be doing their own due diligence to ensure they’re not selling a lie to their followers. 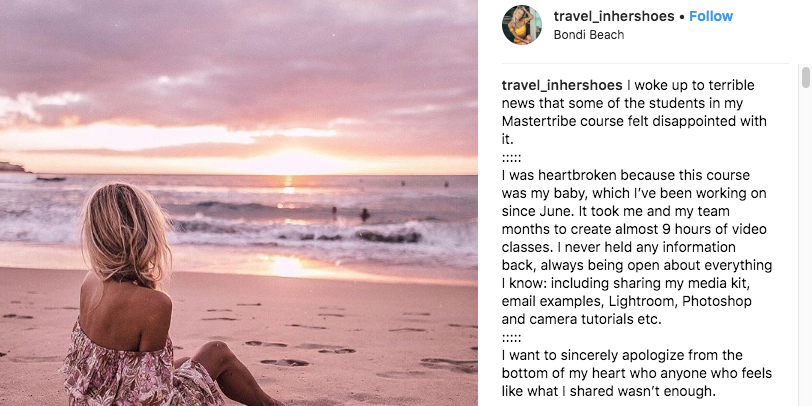 In October of 2018, influencer Aggie Lal was accused of charging $500 for a master influencer class that was expensive and did not deliver. (Source: Aggie Lal Instagram)

So this begs the question do influencers not have their own process they run through? Or do they just not care about the consequences of their “un-researched” actions? I mentioned earlier that influencers are in powerful positions, where they have people from all around the world, aspiring to be just like them and live the life they live. As Uncle Ben taught us, “With great power, comes great responsibility” (Spider Man, 2002).

Influencer marketing as a concept is a wonderful asset for authentic brands to utilise; it grants them another avenue to connect with their target audience, and comes with a high-level of trust to the brand. But, if incidents akin to the Fyre Festival become more frequent, consumer trust will decline, effectively killing their livelihood. The influencer community needs to take into consideration the longer-term effects of what might happen if they don’t take responsibility for what they promote. 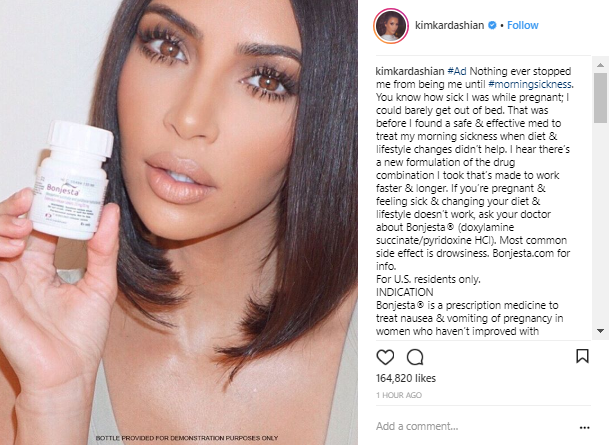 Many influencer are now adding #ad or #sponsored on posts as a form of responsible advertising. (Source: Aggie Lal Instagram)

Thankfully, advertising watchdogs have stepped in to keep online personalities honest by calling out influencers for dishonest or irresponsible marketing. Social media platforms have also been playing their part; new guidelines have required influencers to use the #ad or #sponsored to indicate their post is part of a paid agreement. Failure to do so is said to lead to the Instagram user being banned – quite a harsh penalty for someone that relies on Instagram for a living. It makes sense, we know what an ad is in the real world, shouldn’t we be informed about it in the virtual one too? Influencers will do right by their followers and be upfront about their partnerships, instead of just seeing $250,000 and posting an ambiguous orange tile.

At LEWIS, we do thorough research and analysis before even approach an influencer. We develop a list of potential influencers our client could partner with using proprietary influencer tools, then we run them through a process to ensure they meet our client’s brand, messaging and ethos. While the process undoubtedly takes a lot more time than more of a “spray and pray” type method, it also delivers better quality results. That’s what we want for our clients, quality over quantity.

Considering an influencer strategy? Check out our social media services! 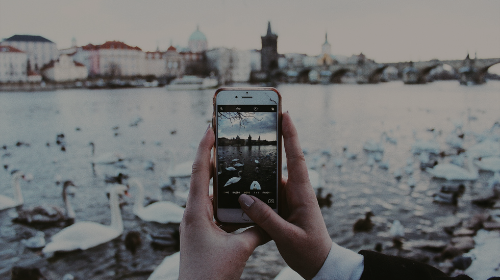 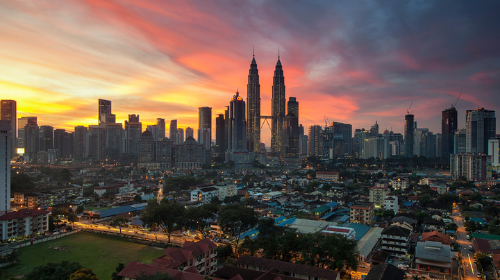 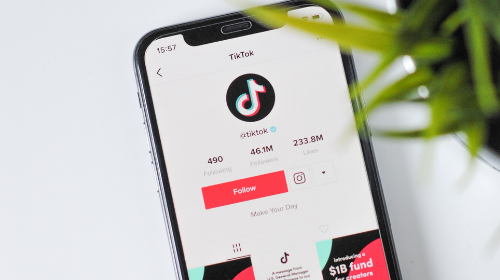