THIS WEEK IN SOCIAL: GAME OF SOCIAL

Please Subscribe
Not paying a subscription fee? No news for you. Facebook will start limiting the number of published articles that can be read for free for news organisations that require subscription fees. The feature is expected to be introduced in October, according to the head of news partnership, Campbell Brown.

Clampdown of Online Abuse
When it comes to fighting online abuse, Twitter seems to be really on it nowadays. On Thursday, the company released new data showing the progress it has made in cutting down the amount of harassment taking place on the platform. According to the data release, the platform is “taking action” against 10 times more trolls and abusive accounts than it was at the same time last year.

Amazon, the New Instagram
It’s no surprise that social media influences purchasing decision – and the ecommerce giant Amazon tapped right into that by introducing Amazon Spark, a very Instagram-like social shopping feed. The images on the feed are not all tied to products, but most are – and can be purchased on Amazon directly.

Simplified Ads
In the competitive world of social media advertising, Snap wants to make advertisers’ experience on the platform seamless. Starting from this week, advertisers will be able to create full screen video ads in less than two minutes using Snap Publisher. The tool gives users a number of basic ad templates to choose from, which can then be customised with company logos, pictures and videos.

Stay Tuned
The latest development in Snap Inc.’s recent efforts to become a destination for exclusive show, is the release of a daily news show with NBC called “Stay Tuned”. The show, where anchors will be sitting behind desks wearing suits and ties, will be aired twice a day. The company is aiming to air up to three shows per day by the end of this year.

Serious Users
Generally speaking, new release updates on the App Store and Google Play are quite serious and technical, but not when the updates are from the OkCupid. The developers of the dating app have chosen a slightly different way to share these updates and been using the release notes to crack jokes. When they realised that not everyone was seeing the funny side of it, they had their way of responding to it, and it was brilliant!

Winter isn’t coming!
If there was one thing Foxtel had to avoid on the day the season 7 premiere of Game of Thrones was released, it should have been a service failure… Angry Foxtel customers took it to Twitter to vent their rage as the pay-tv company’s online service crashed while thousands tried to watch the series at the same time…

GoT Tapestry
Attracting tourists to Northern Ireland shouldn’t be a hard task when you think about the size of Game of Thrones fans out there – but Tourism Ireland is not settling for the easy way. Instead, they wove a giant, breathtaking Game of Thrones tapestry that depicts the many twisted plot lines of the TV series’ first six seasons. At 77 meters, it’s even longer than the 70-meter Bayeux, which was created in the 11th century to document the Norman conquest of England. 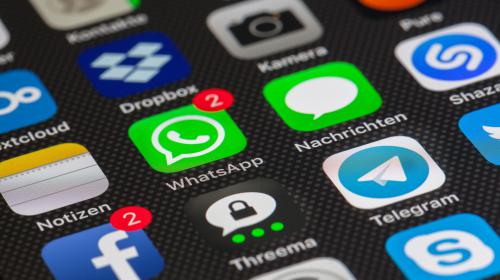 THIS WEEK IN SOCIAL: SEARCHING GOOGLE FOR TWEETS

THE BEST CONTENT IDEAS MAY NEVER SEE THE DAYLIGHT