INNOVATION, CULTURE, CAPITAL: HIGHLIGHTS FROM THE FIRST BAY TO BAY

Wednesday October 31st marked the first session in our series of Bay to Bay events. With forums held in Hong Kong and the US, we set out to examine the dual centres of gravity emerging from the San Francisco Bay Area and the China Bay Area, how they are driving the global technology sector and understand the ever-increasing influence they are having on the world of innovation.

We were lucky enough to be joined by a great group of panelists and industry experts, all of whom came to share their insights, experience and predictions about these highly influential areas. For those of you who weren’t able to join us, don’t panic! We’ve put together a round-up of some of the key talking points from each of the sessions:

Panel 1 – Greater Bay Area: What You Need to Know About the Engine for China’s Future Economic Growth

The opening panel featured some great minds from the worlds of government, innovation, investing and communications to discuss the current state of affairs in the Greater Bay Area (GBA). One of the first points up for discussion was whether the area could really live up to the media hype. And whilst not all the panelists are convinced about the exact numbers – and if the area will ever reach the heights of New York or Tokyo in terms of GDP – they all agree about the huge potential and opportunity the area represents.

When it comes to the emergence of the GBA, one panelist was quick to point out that whilst the name might be new, the area has been influential for centuries. The Guangdong Delta has long served as a key port into and out of China, and that the area still holds a position of power is little surprise. 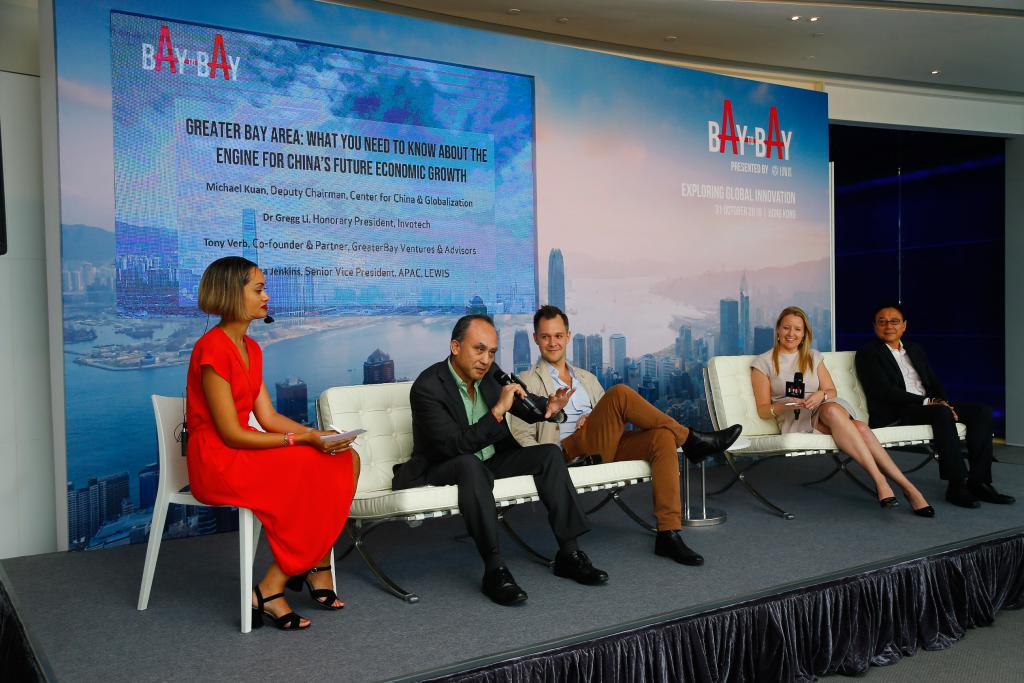 Next the topic turned to innovation and whether the technologies coming from the GBA are able to compete on a world stage. One of the panelists cautioned that, while the ecosystems emerging in the Bay might be similar to those of Silicon Valley, before homegrown Chinese companies can compete on a global stage, they must be able to compete locally. Some felt the likes of Alibaba, Tencent and DJI already prove that Chinese innovation can shine on a global stage, while others felt Chinese brands were still hindered by perceptions of Copy Cat China and privacy fears.

One thing they all agreed one was the importance of cultural exchange both within the cities that make up the GBA and with other parts of the world. By combining the international focus of Hong Kong, with the fast-paced start-up culture of Shenzhen and the established business processes of Guangzhou – the Greater Bay Area stand to enjoy a unique advantage.

Conditions, capital and talent were the main topics of the media panel, which featured leading journalists from the field of technology discussing the relationship dynamics of the two bays in China and the US.

When asked about the types of innovation coming from these areas, the panel agreed that the majority of technology they have seen of late had reached an iterative stage of development, where new features are more common than new products. However, one panelist felt the GBA was still able to throw up some truly crazy products, citing a phone case and beard shaver combo they had seen at a market in Shenzhen. Another referenced an AI-powered coffee house in Guangzhou. The panel felt that part of the reason Greater China is able to pump out these unique products is because of supply chain availability in the region. Ideas can transform into physical goods in a fraction of the time required in other markets. 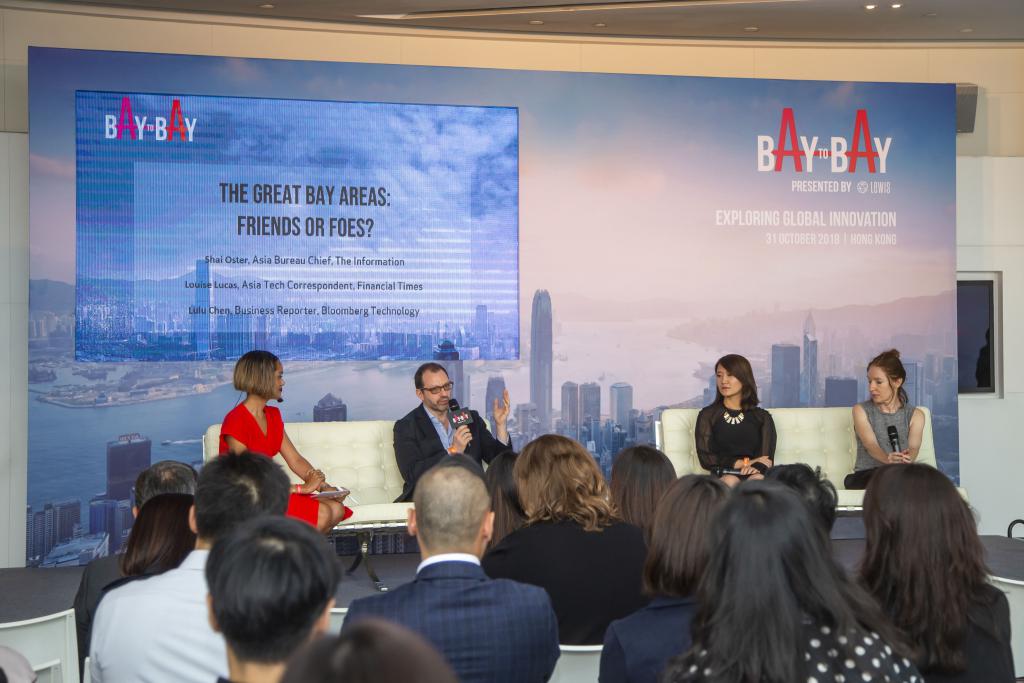 Once again culture was also a key topic of discussion, in particular when it comes to understanding the key communication channels in each market. Consumers and businesses in China may have heard of Snapchat and Facebook but are not using these platforms. On the flip side, outside of Silicon Valley, the names DiDi Chuxing, WeChat and Weibo are relatively unheard of in the West. One of the panel also highlighted the different approaches to patents in the two bay areas, and the mirror opposite approaches they take.

Of course, we couldn’t discuss China and the US without bringing up the trade war. The panel agreed it was having an impact, but not really favoring one bay area over the other. Ultimately, they felt that the two areas have always been reliant on each other and will continue to be so.

Are they friends or foes? The consensus was that they seem to swing between the two.

During our fireside chats, eBay shared its journey in China, which has spanned more than three decades. While Shenzhen-born company, uCloudlink spoke about expanding internationally (with LEWIS) to markets such as New York, France and the U.K.

One of the key takeaways from both sessions was the importance of pivoting strategies when entering new markets, ensuring you have the flexibility of mind and processes to rapidly change. Another was that whilst ultimately consumers throughout the world are motivated by similar things, the channels to reach them can differ widely. And finally, that the investment needed to expand globally it should not be underestimated – be it into or out of China.

Sad you missed out on the above discussions? Well don’t worry, we’ll be holding our next Bay to Bay event in San Francisco on December 4th and we will soon be announcing the date of our next Asia session, which will take place in Shenzhen.

In the meantime, you can watch some of the highlights from Hong Kong in this video. 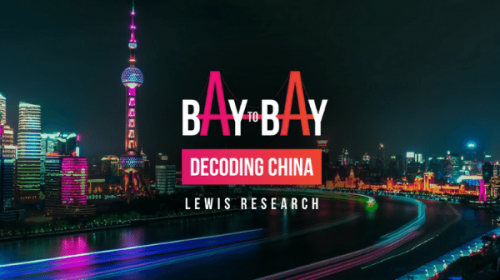 US Marketers Sleepwalking Into Trouble in China 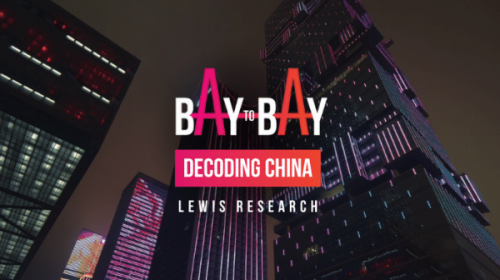 Top Considerations for Marketers Looking to Tap Into China 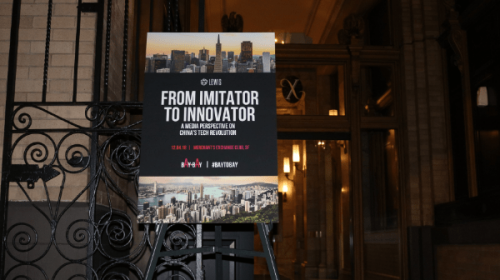