THIS WEEK IN SOCIAL: ROYAL RUMBLE

Tomorrow, the world is cordially invited to the wedding of Prince Harry and Meghan Markle and with it comes an estimated $1.4 billion impact on the British economy. The big day is big business, as hundreds of millions is ushered in not only in the tourism sector, but also in PR value, retail, dining and merchandising; so, it’s no wonder brands have feverishly been running campaigns linked to the nuptials.

Ms. Markle’s matrimony may make millions, but should brands be associating themselves with an event they have no real connection to?

As they attempt to cash in, let’s have a look at which campaigns we want to say, “I do” to and which ones we want to leave at the aisle…

When brands base campaigns around pop culture moments, there’s a line between ‘genuine’ and ‘gratuitous’, but these ones had us saying yes to the dress.

Cider brand Strongbow have recently been trying to expand into America, so, not missing a beat, they’ve married the British drink with America’s love of rosé, launching a new apple cider rosé flavour as part of a limited-edition tea set. Strongbow is one of the only brands we’ve seen that have an official relationship to the royal family via the royal warrant. Props to them for spotting a genuine synergistic opportunity whilst keeping it all legit.

Proving that there’s also an opportunity at the kids table is Nintendo and LEGOLAND’s promotions. Littered throughout London are advertisements for Nintendo’s videogame, Super Mario Odyssey. Proclaiming “hats off to the royal couple”, the ad instead shows Mario and Princess Peach in wedding regalia, capitalising on the wedding hype without directly using the real couple to do so.

Literally based in Windsor, LEGOLAND created their very own version of the nuptials with a replica of Windsor castle along with miniature versions of the couple. Now on display for the public to view, LEGOLAND has created an attraction that remains opportunistic without being cynical.

KFC has decided to give away special ‘royal themed’ buckets for their chicken in celebration. Not quite the level of sophistication we’re sure the couple are hoping for. With something just as questionable is American restaurant chain, Chili’s line of food and margarita-inspired fascinators and cufflinks. The chain gets marks for creativity but its irreverent nature could split consumers on whether it’s funny or cheap gimmickry.

And finally, with something blue, is a campaign cheeky enough to make Prince Albert blush: Crown Jewels Heritage Condoms. Labelled as “artisan-style sheaths” they’re presented in a luxury case, which has somehow borrowed the faces of Harry and Meghan. Once the pack is opened, a musical arrangement of ‘God Save the Queen’ and ‘The Star-Spangled Banner’is played. Whilst the campaign is certainly something new, perhaps trying to associate yourself with people that would never approve such a thing, may not work wonders for your brand’s reputation.

The previously mentioned campaigns are just the tip of the iceberg when it comes to brands cashing in on the wedding. From themed sushi in Itsu to “American Royale” whoppers in Burger King, everyone is trying to grab a piece of the wedding cake.

However, if brands have no true association to the event, the gratuitous attempts to cynically take advantage of the hype won’t feel genuine to the brand, let alone the royal family. Taking advantage of a pop culture event may generate online engagement but the impact on branding is fleeting.

Keep the proposals classy, natural and always stay on brand so your company can receive wedding gifts of its very own.

Before GDPR begins, Snapchat makes privacy tools and procedures simpler, announcing an online privacy centre and the option to opt in or out of data-using user features. Read More

In this quarter alone, Facebook has deleted over 580 million fake accounts from its platform, a quarter of the social network’s total users. Read more

Less than 10% of Twitter users who respond to fake news are expressing doubt to the information finds a new study. Read More

The follow up to discontinued app Vine has been put on hold indefinitely down to “financial and legal hurdles”. Read More

Instagram confirms that they’re working on a ‘usage insights’ feature that will tell users just how long they spend on the app. Read More

Childish Gambino’s new song debuted at No.1 in the US after the surprise video for brand new single, ‘This is America’ went viral. The provocative video fired up social media users and journalists, amassing over 100 million hits in just 9 days.

Another one of Kim Kardashian West’s Instagram posts has come under fire after she posted a sponsored ad for ‘appetite suppressing’ lollipops to her 111 million followers. Online backlash immediately followed as she was branded a “toxic influence” for young girls.

The marketing team behind new summer blockbuster, ‘Deadpool 2’ are working overtime with series of comedic and satirical campaigns. One said campaign was a viral video starring the title character and David Beckham, offering the footballer a sincere apology… 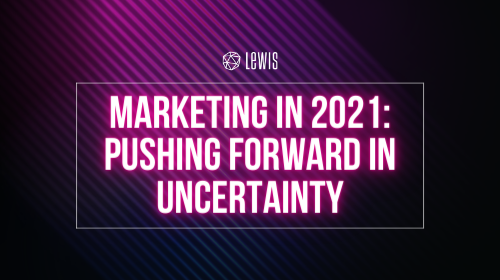 Marketing In 2021: Pushing Forward In Uncertainty