What is Web Development?

Despite the ubiquitous presence of the web in our daily lives, most people don’t know anything about how websites are made. In a corporate setting, this lack of understanding can be particularly harmful because it can adversely affect the allocation of resources toward the company’s website.

In many cases the first impression customers have of your brand is based on the user experience with your site, so it’s important to get it right. Beyond leaving a good first impression, a quality website manages the overall perception of your brand and can provide an additional platform for generating revenue, whether through conversion/lead generation, ad placement or e-commerce.

While having an in-house web developer can be useful for maintenance, a web development company will usually produce better results during the initial build-out, expansions, and any subsequent redesigns. This doesn’t necessarily mean hiring a company that specializes solely in making websites. In fact, digital marketing and PR agencies often have web developers with cross-discipline experience in marketing, SEO, and other considerations, along with their expertise in cutting-edge web technologies. To keep this article from reaching novel-length, we’ll cover the research and design phases of the process in another article and stay focused on development itself. Front-end developers build the portion of the website that you can see. Typically, a web designer (more often a UI/UX designer) will create a layered design using software such as Photoshop, which is then given to a developer. This design looks almost exactly like the finished website and should include all aspects of the user interface.

Now that the majority of visitors to any given website are using mobile devices, front-end developers use a process called mobile-first development in building out the designs they’re given. This is done using a principle called responsive design, in which a website’s appearance responds to the size of the browser, using features such as breakpoints within the website’s cascading style sheets (CSS). Modern websites are designed to be viewed on mobile devices, with content shifting to accommodate larger displays when viewed on devices such as tablets or desktop monitors that keep important UX aspects, like site speed, in mind.

The entire process is typically performed by using a program called an integrated development environment (IDE) to edit HTML and CSS code. HTML is the markup that tells the browser how the page and content is structured, while CSS tells the browser how things should look. A scripting language called JavaScript is usually used as well, as this provides numerous features that make the site more interactive. To simplify more advanced tasks, such as building web-based applications, JavaScript frameworks such as Angular or Vue.js may also be used.

Whereas front-end developers focus on the portion of the site that a user directly interacts with, back-end developers focus on the underlying functionality. One common task is the integration of a front-end site into any number of content management systems, such as WordPress or Drupal. They also help build the portion of web-based applications that interact with a web server. For example, if your website uses an API to allow users to sign in to your site through their social media account, this may be a back-end task.

Back-end developers also specialize in the development of APIs, setting up e-commerce platforms, or using back-end frameworks such as Laravel. As such, they have a lot in common with more traditional software engineers. Programming languages on this end of the web development stack include PHP, Python, Node.js, C# (using .NET Core), and many others.

Advancing technologies such as server-side JavaScript are increasingly blurring the line between front-end and back-end development, which may be partly responsible for the rise of full-stack developers. Basically, a full-stack developer is someone with experience working with both front-end and back-end aspects of a web technology stack. While some may not be as strong on the front-end (or the back-end) as a dedicated front-end or back-end developer, their versatility and ability to work across the stack can be extremely useful for integrations, debugging and designing web architecture. 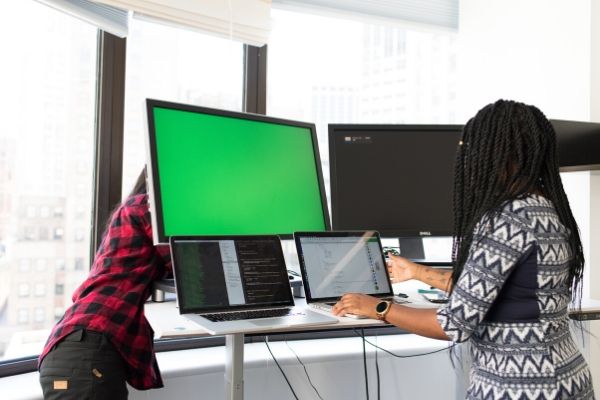 Modern web development requires familiarity with dozens of rapidly changing technologies. In the current technological landscape, it’s nearly impossible for one person to keep up with all of them, making a team of expert developers necessary. Web development is a lot more than just sitting at a keyboard and coding: it involves an entire process of engineering.

When done correctly, this can have an enormously beneficial impact on any business. Done haphazardly, you’re likely to waste a lot of money and end up hiring a new team to start over from scratch.

Help your website reach its full potential the right way by partnering with a full-service marketing agency. Start by checking out LEWIS’ web development services. 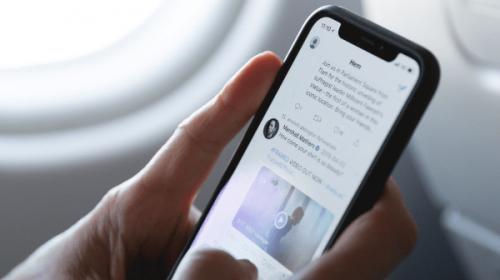 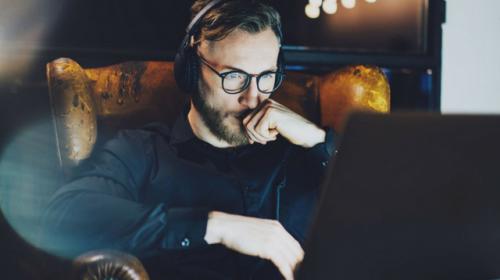 Podcast or Webinar? How to Tell Your Story 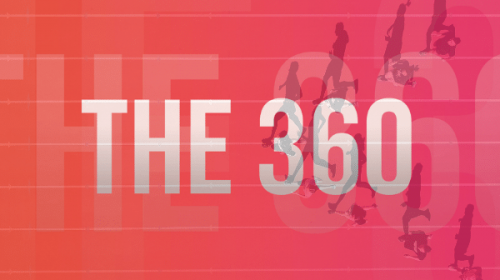