For Jabra, a global leader in sound and communication solutions, CES is the most important U.S. event of the year. Product development and launches are carefully timed to coincide with the annual event to maximize awareness, and CES 2019 was no exception. It was the stage for Jabra’s most significant innovation and product launch of the year with the unveiling of its new over-the-ear headphones, the Elite 85h.

Two months before the show, it was confirmed the Elite 85h demo units would not be ready in time for CES. How do you launch a consumer electronic product at an event where media are bombarded with the most revolutionary technology imaginable – and you have no actual product to demonstrate?

No product meant breaking through the CES noise to deliver significant media coverage while sustaining demand throughout H1 2019 was going to be exceptionally challenging. Nevertheless, the team activated contingency plans to support the following objectives to elevate Jabra’s position in the consumer audio category:

The team expanded Jabra’s earned media strategy to ensure objectives were met despite not having the physical product at launch. Reaching out to key media before the show floors opened, we crafted robust messaging and creative assets that helped bring the product’s full breadth of capabilities to life. 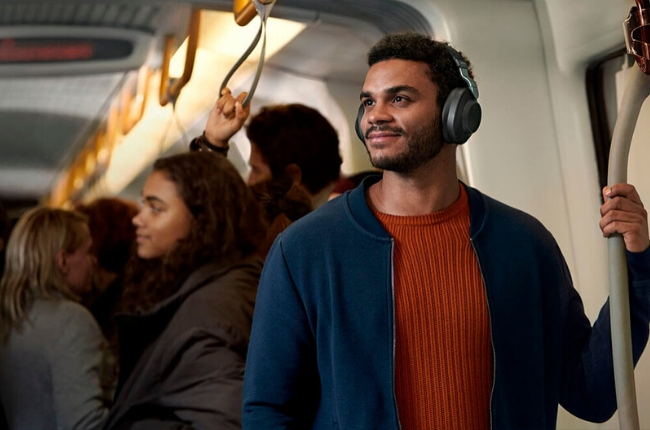 Reaching Media Before the Show

LEWIS worked with Jabra to develop a Video News Release (VNR) showcasing the Elite 85h’s capabilities. We recommended video as an asset to fill the product void and convey the headphone’s interactive features. The VNR was sent to only top-tier reporters globally, carefully selected and pre-pitched by LEWIS to formalize agreements to the embargo. A second tier of reporters received the text Elite 85h press release, again after agreeing to the embargo with LEWIS. Additionally, we pitched the top tier reporters in those two groups briefings with Jabra executives on the CES show floor.

Getting On-site Recognition Through Awards​

LEWIS identified the most high-profile product awards tied to CES and worked with Jabra to complete submissions, maneuvering the nuances of not having a physical product to submit.

Making the Most of CES Media Events

Jabra attended two media events at CES, Showstoppers and Unveiled, with the potential to speak to over 300 reporters. For both events, we pitched the attending journalists, alerting them to Jabra’s presence, the embargo product news and securing introductions with on-site Jabra executives.

Getting the Right Assets to Media

The morning the Elite 85h announcement went public, we pitched our complete list of media targets, including CES attendees, as well as other key media not attending (a crucial group important to not overlook). The intention was for CES attendees to have the news before they woke up on west coast time, while also generating a larger pool of interest with consumer tech experts.

The next day, we continued aggressively pitching the Elite 85h, while also announcing Jabra’s secondary product launch, the Move Style Edition headphones. Included in all pitches was a directive for where-to-buy with key retailers and messaging dotting back to Jabra’s history of sound innovation to support the 150-year anniversary.

Along with the immediate coverage at CES, LEWIS’ strategy developed a pipeline for a second wave of coverage, featuring product reviews once units became available in the spring. At that time, we expanded outreach to lifestyle verticals, hitting a wider range of consumer publications.

As a result of the pre-outreach efforts, on the day of launch, 15 pieces of coverage for the Elite 85h went live, including feature articles in top-tier technology sites Digital Trends, Gizmodo, CNET, Gear Diary, Android Headlines and Android Authority. LEWIS secured 84 pieces of CES coverage and 318 pieces of earned CES coverage in markets outside the U.S., with a total reach of 1.17 billion. As a result of the pipeline we developed during CES outreach, an additional 165 pieces of Elite 85h earned media coverage went live in the following months. 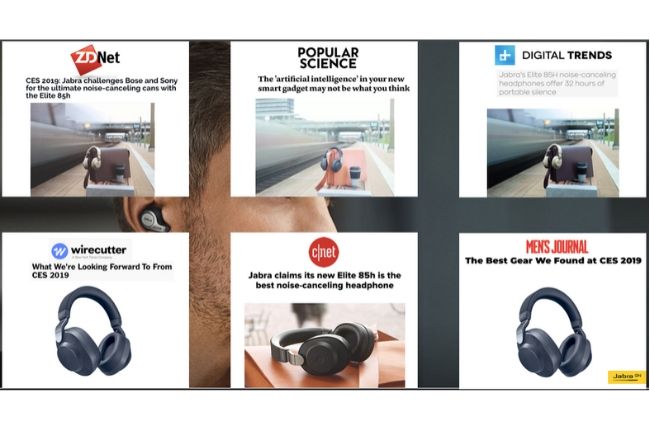 LEWIS has been Jabra’s agency of record for a number of years. Together, we’ve consistently driven a high volume of coverage for Jabra, and have seen a particularly significant impact on the business when supporting key product launches and event presences. We’ve secured coverage in Forbes, CVET, Information Age, Business Insider, NBC News, Time, Huffington Post, Self, Allure, and many more.